Home » The e-fan, the first Airbus airplane, made its first flight beside bordeaux

The e-fan, the first Airbus airplane, made its first flight beside bordeaux 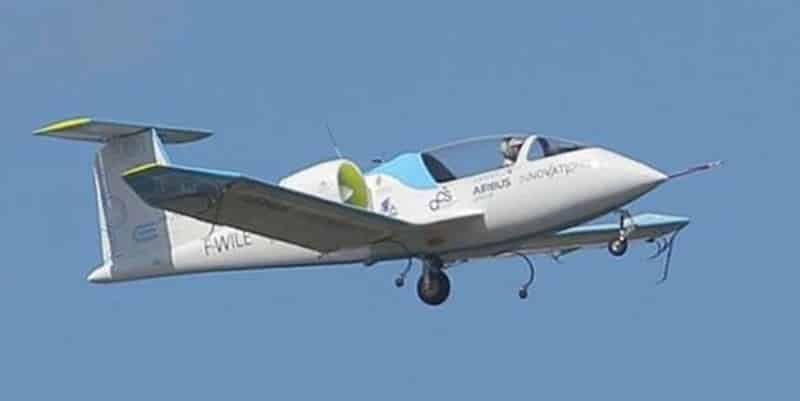 For Airbus, the electric airplane was a technological challenge. It is now an industrial ambition. The E-Fan who had simply rolled on the tarmac of Bourget last year, made Friday his first official flight in the sky of Mérignac, welcomed by Arnaud Montebourg as a “revolution in the aeronautics”. The European aircraft manufacturer, the first to embark on the production of a 100% electric device, will assemble his small plane in a factory that will come out of the ground at the edge of the runways of the Bordeaux airport. With a very tight schedule since Volt’air SAS, the wholly owned subsidiary of Airbus Group, hopes to deliver its first copy by the end of 2017. The bet is both technical and industrial with a budget of 50 million euros taking into account the construction of the factory and especially the design of the future device. Aiming at the flying club market, the aircraft will be different from the prototype that flew Friday morning. The latter was developed by Airbus Group Innovations (the research and technology unit of the manufacturer) and Aéro Composites Saintonge, an SME from Royan, which also produced them. The two companies were already associated to make the Scream-Cry, a machine also electric for aerobatics.

The E-Fan 2.0 will have a flight time greater than one hour, against forty-five minutes today, thanks to new batteries and a sharp aerodynamics. Always two-seater but with seats placed side by side, the E-Fan 2.0 targets the training market of “650,000 pilots that aeronautics will need in the coming years,” says Jean Botti, Deputy Chief Technology and Innovation Director Airbus Group. Future drivers will be able to pass their first patent on this device. “There is no difference in terms of driving with a conventional aircraft. Apart from the fact that you have to manage your maneuvers to consume as little energy as possible, “says Didier Esteyne, the pilot of the E-Fan and its designer at ACS. The issue of certification being major,

Airbus hopes to arrogate 10% of a global market of aircraft training schools estimated at 21,000 units for the next twenty years. “The price of a plane-school is about 150,000 euros. We will be more expensive, but with a much lower cost of use thanks to savings on fuel and maintenance, “says Agnès Paillard, president of Aerospace Valley and who will take over the presidency of Volt’air. If Airbus executives are very cautious about the economic benefits, Arnaud Montebourg said that this new sector would generate 360 ​​indirect jobs locally.

The E-Fan 2.0 is not an end in itself and perhaps foreshadows what will be the aircraft of the future fully electric since the project is part of the 34 plans “new industrial France” government. And Airbus already sees further and has already started a partnership called “E-aircraft” with Siemens, Rolls-Royce and Diamond Aircraft including hybrid propulsion and distributed propulsion. Before seeing, in twenty or thirty years, take off a regional electric transport aircraft, Airbus already plans to decline the E-Fan in a four-seater version with hybrid propulsion that will provide a range of at least three hours of flight and will pass the 2nd pilot’s license, authorizing instrument flight.