Frankfurt is the fourth largest financial center in Europe and the richest city in Germany with a per capita GDP of 85,300 euros. It is notably the headquarters of the European Central Bank (ECB), the German Federal Bank (Deutsche Bundesbank) and the Frankfurt Stock Exchange. Frankfurt is also a major European hub. Its international airport is the third in Europe after Paris-Charles-de-Gaulle airport and London Heathrow International Airport. The city is characterized by a large number of skyscrapers. The city is sometimes nicknamed Mainhattan in reference to the river running through it and the Manhattan neighborhood in New York. Its highest building is the Commerzbank Tower, headquarter of the banking group Commerzbank, culminating off the air at 259 meters,

Frankfurt is considered as a world-class city thanks to its economic power, infrastructure and cultural wealth. The Economist ranks Frankfurt first in its ranking of the 140 most expensive cities in Germany for an expat in 2012 and tenth in the world3. Finally, the quality of life in Frankfurt is one of the most pleasant in the world according to the Mercer4 ranking.

The Frankfurt Airport is a major international hub located just 12km southwest of the city center that can accommodate all types of aircraft. Its terminal dedicated to business aviation and its many VIP lounges offer an exceptional service to private aviation passengers. 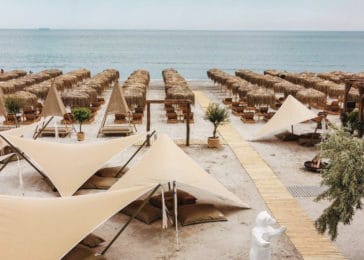