You wish to fly to Milan on a private jet?

With Milan Linate airport, you won’t lose a minute. It is in fact the closest airfield to one of the most important cities in Italy, easily accessible from the centre of Milan.

In order to make your journey as peaceful as possible, AEROAFFAIRES tells you everything there is to know about Milan Linate Airport.

Milan, the metropolis of the Lombardy region in northern Italy, is a world capital of fashion and design. This financial centre, home of the Italian Stock Exchange, is also known for its high-end boutiques and restaurants. The Gothic Cathedral of the Duomo in Milan and the Convent of Santa Maria delle Grazie, home to Leonardo da Vinci’s fresco, The Last Supper, bear witness to centuries of art and culture.

AEROAFFAIRES is your specialist in chartering private jets and helicopters. Since 1991, we have accompanied more than 95,000 passengers and organized nearly 20,000 private flights around the world.

Light taxi plane, helicopter, private long-haul jet or commercial plane for VIPs, our experts are at your disposal to find the solution that suits you best, at a competitive price.

AEROAFFAIRES is also committed to the planet. Thanks to our SkyCO2 program, we offset 100% of the CO2 emissions produced by each private flight by supporting the preservation of the South American forest.

Milan-Linate Airport (LIN) is one of the three airports that connect Milan to the rest of the world. The other two are Milan-Malpensa and Orio al Serio, in Bergamo.

The official name of the airport is “Enrico Forlanini Airport”, in honour of the Italian inventor and aviation pioneer.

Location: Situated 8 km from the centre of Milan, you will reach the city in less than 20 minutes.

AEROAFFAIRES offers you to book a car with driver at your arrival and departure from Milan Linate airport. According to your needs, we will provide you with a Limousine, a Mercedes S Class or a Viano, as well as a multilingual driver.

Milan Linate is Milan’s second largest international airport after Malpensa. Its air traffic is limited to 18 movements per hour and the majority of its traffic comes from regional flights and business or private aviation.

It is its location so close to the city centre that particularly attracts private travellers. The “Milan-Linate Prime” business terminal also offers a wide range of services to passengers:

It was originally intended for seaplanes that landed and took off on the nearby lake. Nowadays, it mainly accommodates national traffic and business and private aviation.

Special features: The airport is open 24 hours a day, allowing landings and take-offs day and night. With a runway length of 2,440 metres, Milan-Linate airport can accommodate all types of aircraft ranging from small private jets and turbo-prop aircraft to larger aircraft such as commercial aircraft.

Ancillary services : You will benefit from VIP and discreet reception lounges and the possibility of travelling to or from the airport in a chauffeured vehicle or helicopter.

We recommend that you book a room at Palazzo Matteotti, a hotel with a modern and Italian decor.

The restaurant Armani Hotel Milano, located on the seventh floor, offers a breathtaking view of the city.

While in Milan you can also enjoy an opera at La Scala, an emblematic and internationally renowned opera house dating back to 1778. 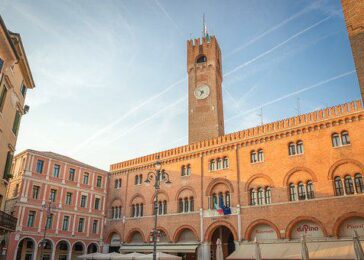 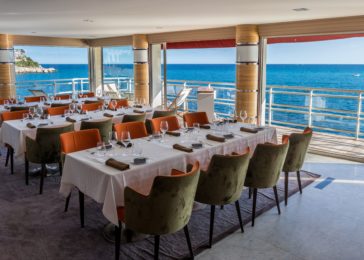