Since 1991, AEROAFFAIRES specializes in taxi, private jet or helicopter plane rental from and to Figari airport for flights to France or to Europe, Eastern Europe and the Middle East. , Asia and the USA.
Whether it’s private plane charter for business flights, private, urgent freight, group transportation or repatriation, AEROAFFAIRES meets all your private plane rental requests worldwide.

Renting a private jet business jet with AEROAFFAIRES is the opportunity to take off or land from more than 8500 airports worldwide on a safe and comfortable private jet plane.

Figari Sud Corse airport is located in the department of Corse-du-Sud. Because it is close to places very popular with Jet Set: Porto-Vecchio (25 km) or Bonifacio (15 km), Figari South Corsica is the first airport of the island in terms of transport on demand (helicopters, jets, private planes) since it includes 80% of flows in this area. Due to the importance of its passenger traffic, it is today the 3rd Corsican airport. Its international airport contributes greatly to the economic development of all the Far South of the island.

Bonifacio is a town located in the southern point of the French island of Corsica. She is connected to the port of pleasure and encourages her medieval hospital on a cliff. The bastion of the Étendard dating from the thirteenth century opened a small museum that traces the city’s history. L’escalier du roi d’Aragon, above 187 marches, was taillé dans la falaise. Located south-east of Corsica, the uninhabited islands of Lavezzi forment a natural reserve, with its rocks in granite and its sandy beaches. All the travelers who stayed at Bonifacio where I had a memorable souvenir. Comme Charles Quint or Napoléon Bonaparte, Antoine Antoine Pasquin, told Valery, was raised by the site of Bonifacio. By qualifying the city as a “capital city”, it is said in good words, well, choisis,

Porto-Vecchio is a port city located in Corsica, an island attached to France. The walls of a sixteenth-century Genoese citadel serve as a backdrop to the old town and offer views of the marina and its yachts. Shops, bars and restaurants line the narrow streets of the city and the main square, Republic Square. Famous beaches nearby are Palombaggia, with its sandy beach surrounded by pine trees, and Santa Giulia, whose waters are reminiscent of those of a lagoon.

AEROAFFAIRES is also the opportunity to discover Corsica and the region of Figari by helicopter for breathtaking views! 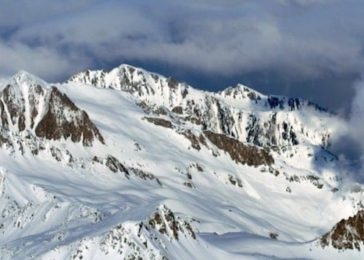