Are you planning to use a private jet rental service to travel to Perigueux? For a weekend or a business trip, AEROAFFAIRES is your specialist in private jet charter, at the best rates.

Located in the commune of Bassillac, Périgueux Bassillac Airport is 8 km north-east of Périgueux. The airport is home to several aviation activities: leisure, business and commercial aviation.

AEROAFFAIRES tells you everything you need to know about organising your flight from Périgueux-Bassillac.

It will take you on average :

The airport has two runways:

A flight information service is active on weekdays for all users and active outside normal opening hours for all non-scheduled commercial flights or for special requests such as organ transport flights.

The aircraft parking area has 15 spaces for light aircraft and 3 spaces for large aircraft. Each year, the airport welcomes between 5,000 and 8,000 passengers.

Recommendations on the city of Périgueux

Where to stay in Périgueux?

AEROAFFAIRES recommends staying at the Château de Lalande, located in the heart of rolling meadows, ancient hedges and woods.

What to do in Périgueux?

We suggest that you leave the city centre and go for a walk in the ancient Périgueux. The garden of Vesone and its tower are a must when you come to the Dordogne.

Example of prices for jet rental to Perigieux 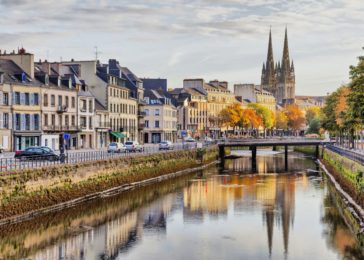