Are you planning to use a private jet rental service to travel to Skiathos? For a weekend or business trip, AEROAFFAIRES is your specialist in private jet charter, at the best rates.

Skiathos National Airport is located on the Greek island of Skiathos.

It will take you an average of :

AEROAFFAIRES will be happy to book a car with a driver for you. Whatever type of car you need (Mercedes S Class, VIANO, Limousine), its driver will be waiting for you on your arrival and will drive you to your meeting place, or will be at your disposal during your stay.

The airport has only one runway, 1,628 metres long, which is considered very short for commercial flights.

To shorten the take-off distance, the aircraft must fly at low loads. This means that the aircraft cannot carry enough fuel for direct flights to Northern Europe and must stop again to refuel.

Where to stay in Skiathos?

AEROAFFAIRES recommends that you stay at the Elivi Skiathos . Surrounded by four beaches and offering panoramic views of the Aegean Sea, this hotel is considered one of the most beautiful addresses in the Sporades archipelago. You can also enjoy its gastronomic Mediterranean cuisine, which is expressed in different ways in the four restaurants. After a day full of discoveries, you can enjoy a moment of relaxation at the Elivi Spa.

What to do in Skiathos?

First of all, head to the capital of Skiathos, located in the south-east of the island. Here you will find a warm atmosphere, many bars and restaurants as well as small shops of all kinds.
In the north of the island you will find the beach of Lalaria. Besides being beautiful, it is also famous for its two sea caves. Both caves can be enjoyed from a private boat or by swimming across the crystal clear waters.

Example of prices for jet rental to Skiathos 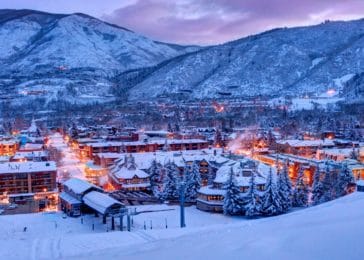