Accueil → The history of aviation

The history of aviation

The history of aviation is important to know. Both because of its diversity and because it is a pillar of the French economy. AEROAFFAIRES presents this important part of history.

The history of aviation has been marked by six periods

The pioneers of the heavier than air: we witness the development of the first flights of motorized machines capable of taking off by their own means. At this time, the aviators are, most often, designers or adventurers.

The First World War: This period saw the appearance of a new weapon on the battlefield. Some planes were built in large series, more than a thousand of them.

The inter-war period: the end of the First World War brought a surplus of pilots and aircraft to the market, allowing the launch of commercial air transport. Aviation developed and an air force appeared in many countries.

The Second World War: aviation is very much on the battlefield. This period is considered as the peak of the aircraft using a piston engine and a propeller as a means of propulsion. The end of the war saw the birth of the jet engine and radar.

The second half of the 20th century: We witness the beginning of regular commercial air transport “all weather”, able to free itself from weather conditions. Military aviation is at the origin of the development of the jet engine, called the jet era, and then goes on to conquer supersonic flight.

The history of aviation has been marked by more or less known aircraft, all of which have played a major role.

The 10 airplanes that have marked the history of aviation

Small compared to the ones we know today, this two-seater plane allowed the Wright brothers to make the first controlled and motorized flights in the history of aviation, in 1903, in North Carolina.

This plane is a monoplane used by the American aviator Charles Lindbergh which allowed him to make the first non-stop flight across the Atlantic Ocean, between New York and Paris, in 33 hours and 30 minutes, on May 20 and 21, 1927.

This six-passenger monoplane became famous in 1927 thanks to Amelia Earhart, who was the first woman to cross the Atlantic non-stop, and Wiley Post, who flew around the world twice with her plane. Because of its autonomy and its design, it was very popular with aviators looking for new records.

The Supermarine Spitfire is considered one of the legends of the Second World War. This fighter aircraft, used by the Royal Air Force and its allies, was known for its great fighter capabilities.

This aircraft, during the Great War, allowed the crossing of the Channel. It took off to perform bombing missions. It is the evolution of what Jean Mermoz flew during the First World War.

The Concorde is the first supersonic airliner that allowed its passengers to cross the Atlantic in 3h30.

Commercial flights with this aircraft began in 1976 and ended 27 years later, in 2003. The high fuel consumption of the aircraft made its operation unprofitable. It was the only supersonic passenger aircraft to have been operated for a long period of time.

Produced by aviation enthusiasts, the Concorde breaks a world record. Indeed, thanks to its motorized system, it broke the sound barrier. It is the first commercial civil aircraft to do so. It is seen today as one of the pioneers of aviation.

The Antonov An-225 is a very large aircraft. It is the longest and heaviest aircraft in the world. Equipped with six engines, it can carry a load of 250 tons in its hold. Its range varies between 4,000 and 14,000 km, depending on its load.

The Boeing 747 is an airliner built by Boeing. It held the record for passenger capacity for 37 years, until the arrival of the Airbus A380. It can accommodate up to 660 passengers and fly an intercontinental distance of 13,450 km. 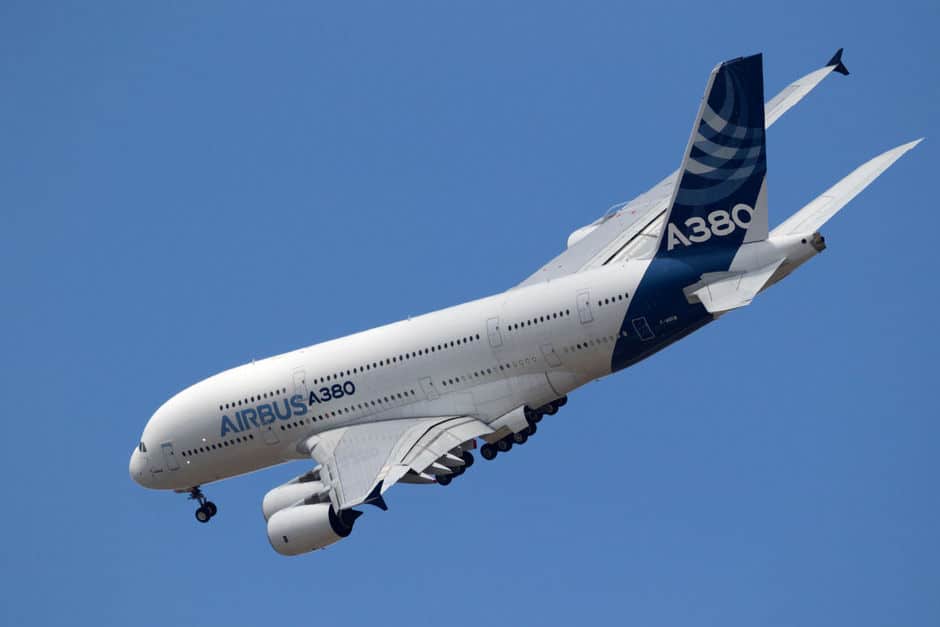 The Airbus A380 is a very large civil airliner. In 2022, the A380 will be the largest civil passenger aircraft. It is equipped with two decks along its entire length.

However, no longer meeting the needs of companies, Airbus announced in 2019, the end of production of this aircraft.

Generally used by a classic airline, it lands in large airports. It is obviously not possible for him to land on an airfield. It is one of the largest aircraft in the aviation industry.

The Learjet 23 is a twin-engine business jet. It has the particularity of having the tanks in the tip of the wings. Its first flight was on October 7, 1963 and it is considered the first private jet.

SpaceShip Two is a prototype suborbital spaceplane that can take six passengers and two pilots to an altitude of 110 kilometers. The space tourists will spend 5 minutes in weightlessness. It is sure that it will mark the history of aviation.

AEROAFFAIRES will accompany you on your next private jet trip. Visit our online quote, or call us at +33 1 44 09 91 82 or send us an e-mail at charter@aeroaffaires.com.