Accueil → Flying taxis, the reality of a near future for business aviation?

Flying taxis, the reality of a near future for business aviation?

Flying taxis, the dream of every science-fiction lover. A means of air transport that does not require a runway, but takes off vertically. A sort of propeller car that flies over the city, its skyscrapers and its traffic jams. For many, this innovation is a utopian dream, not an idea for the near future.

And yet, behind the watchful eyes of the general public, the world of urban mobility is preparing for change. Start-ups and aircraft manufacturers are racing for the first flying taxi and are looking for the ideal partnerships. Major cities are signing contracts and preparing infrastructures to accommodate these new machines. A date and a place have already been announced: the Paris Olympics in 2024. Valérie Pécresse (President of the Ile de France region) announced the news to the Parisian. The Île de France region wants to market a service by 2030.

These are the themes we will be tackling thanks to our air experts’ informed view of these futuristic machines.

Business aviation will soon be taking you to your offices

Generally speaking, the machines developed are similar in the way they fly, land and take off. These machines aim at low altitude flights (up to 600 metres). A flying taxi should therefore look like a large drone with a vertical take-off and landing system or electric vertical take-off and landing (eVTOL). Having a central cabin with a number of passengers varying from one model to another and propellers surrounding this cabin. It is thanks to these characteristics that flying taxis are aiming for flights in urban areas.

Soon it will be possible to travel to Le Bourget on board the long-awaited latest Falcon 6X. Your flying taxi is waiting for you on the tarmac. Then, so as not to waste a minute, it will take you to the La Défense business district in 10 minutes.

Who are the people developing flying taxis?

On this air vehicle base, each manufacturer uses its secrets. Then the engineers do their best to optimise the aircraft in terms of speed, autonomy and number of passengers.

Among all the start-ups that stand out, three of them caught our attention. The German company Volocopter, the Chinese EHang and the American Joby Aviation.

Volocopter is a German company founded in 2007. Their goal is to create VoloCity. It is an air taxi developed according to the safety standards of the European Aviation Safety Agency (EASA). VoloCity could accommodate two passengers and their hand luggage on board. 18 rotors will take this taxi in the air, powered by 9 Lithium-ion batteries. The aircraft will reach a speed of 135 km/h. Volocopter is also working on the infrastructures hosting these flying taxis, the Voloports.

In 2014, China saw the emergence of EHang, a company specialising in urban air transport. They have created two different models of air taxi. The Ehang 184 and Ehang 216, both of these flying taxis are unmanned. The first model had one seat and was powered by 8 rotors. As for the second one, it is more ambitious, a two-seater aircraft, motorized by 16 blades and powered by batteries. Eventually the 216 aims for 130 km/h for a range of 16 km. EHang is working with the Austrian manufacturer FACC AG to build the aircraft according to European standards.

Joby Aviation is an American company founded in 2009, it stands out from the two previous companies with its more ambitious project. The company wants to create an aircraft that will take over the structure of an air taxi and improve its performance. The aim is to create an aircraft with a range of 240 km and a maximum speed of 320 km/h. Joby’s aircraft could accommodate 4 passengers. Thus, the American firm stands out from its competitors by not only aiming at urban transport. This aircraft is powered by batteries.

Joby has also acquired UberElevation, a developing aerial subsidiary of the VTC expert. This acquisition allows them to develop a platform for easier networking.

Apart from start-ups, large groups are also investing in the brand-new air taxi sector. Among them are Airbus and Hyunadai, which works closely with Uber.

The French aircraft manufacturer is developing an air taxi that joins the Volocopter and EHang concepts. CityAirbus is a flying taxi with a 4-passenger cabin. On the other hand, it would have only 15 minutes of autonomy for a speed of 190 km/h.

Hyundai and Uber are both working on a flying taxi project. On the one hand with Hyundai as the manufacturer. On the other hand with Uber, who knows the massive logistics for consumers. This partnership is promising, Hyundai wants to create a 4-seater 100% electric taxi going at 289 km/h. The ambition of this partnership is to industrialise this vehicle with its structure the Skyport by 2023.

One objective: flying taxis in Paris for the 2024 Olympics

The city of Paris wants to make the 2024 Olympic Games shine, in particular thanks to flying taxis. A call for tenders has been launched to bring together a team of companies in different categories. The call for tenders concerned the following categories. Vehicles, operations, infrastructure, integration in the airspace and acceptability. As explained in this RATP press release. These companies are governed by a new sector created for the occasion: the “Urban Air Mobility” sector. 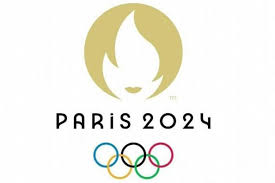 The objective is twofold, both for the city and for the companies selected for this new type of project. Olympic Games are an event that offers worldwide visibility. The companies selected would offer themselves an exceptional showcase. Paris would assert its position as world leader by setting up infrastructures of this kind.

In order to ensure the sustainability of the project, the following are involved: the Directorate General of Civil Aviation (DGAC), the Paris airports (ADP), the RATP and the European Aviation Safety Agency (EASA). These players are convinced that they will work together in order to be able to propose an efficient and safe model in the long term.

In terms of vehicles, the main player chosen is the German company Volocopter, which has already flown its aircraft in Helsinki and Dubai. Airbus and its flying taxi are also in the loop. So we are talking about a European project. The Ile-de-France test zone selected is the Pontoise aerodrome, as France 3 tells us. The objective for the Ile de France region is to be able to provide a link between the Olympic village of Saint-Denis and Roissy Charles de Gaulle airport. Thanks to flying taxis, athletes will be able to reach Saint-Denis in 10 to 15 minutes for the price of 70 €.

When will the flying taxis be available to the general public?

If an “Urban Air Mobility” branch has been created, it is to eventually offer these services to the general public. RATP aims to market the service by 2030. The main targets are businessmen. The service will mainly provide connections from airports to business districts such as La Défense.

As far as the general public is concerned, Catherine Guillouard (President of the RATP), specifies that “the objective of flying taxis is not to replace the RER, but to offer a complementary service“.

Urban mobility is therefore about to undergo a revolution. France wishes to become a major player in these innovations, as Franck Margain (President of the Choose Paris Region agency) states.

“The success of this call for expressions of interest, conducted alongside the ADP group and the RATP group, demonstrates the international attractiveness of the Île-de-France Region and the importance that our region represents for the development of the industries of the future”.

Urban air mobility has many challenges to meet, in the fields of legislation, integration and infrastructure.

Will the capital see altiports blooming on the roofs of RER stations in 2030, as the RATP claims? What we know is that this new sector holds many surprises! To be continued…