Interview with a private jet pilot

An interview with François-Valéry Vannimenus, pilot of the private jet Citation 2. 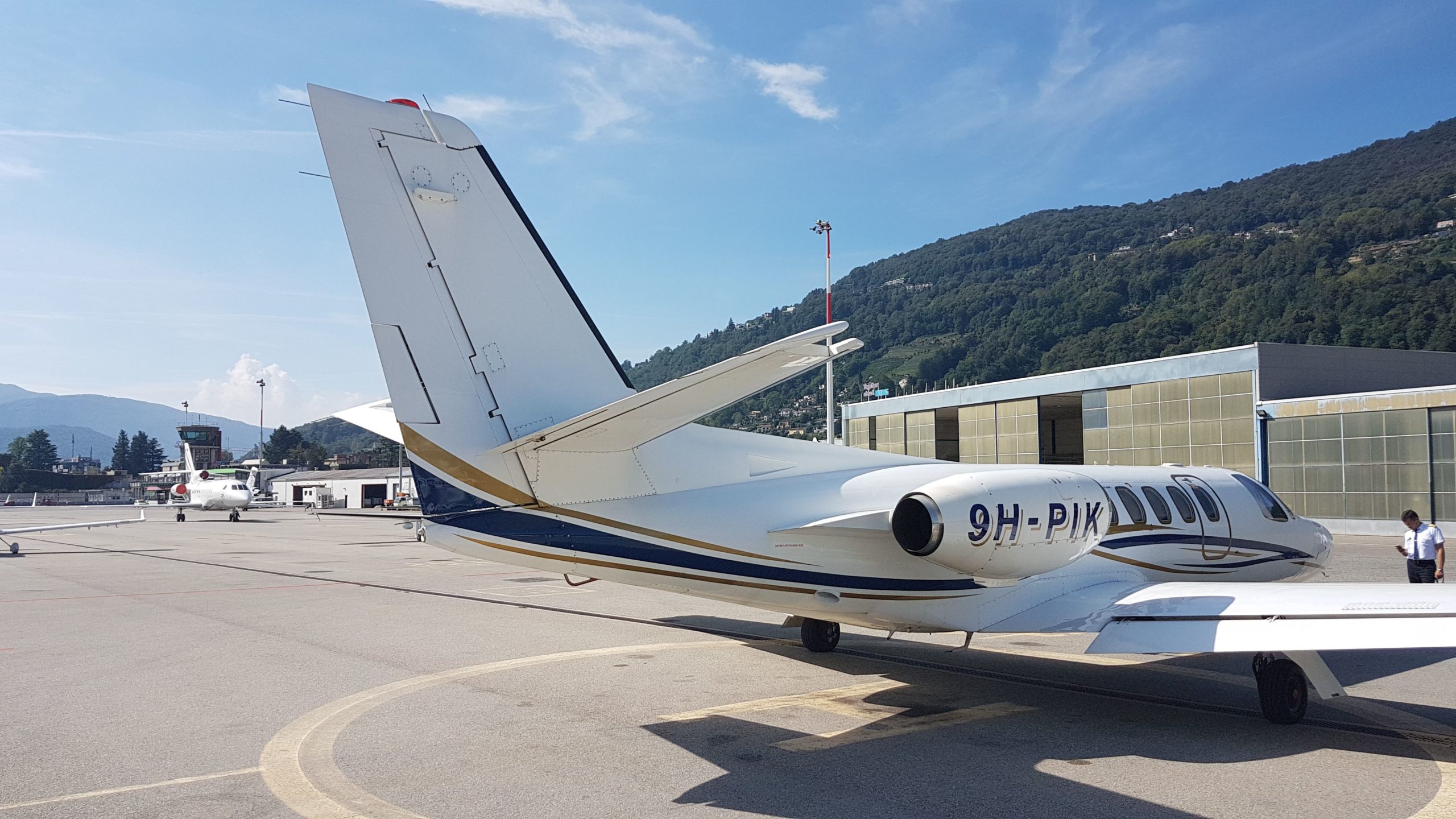 Yes I’ve always wanted to fly since I was a kid. I had the chance to do a first flight; I liked it very much and it confirmed my desire to make it my profession.

I followed the training of the EPAG school based in Merville (North of France). It was in two parts: the first was theoretical, in order to pass the ATPL, and the second was practical. The latter took place in several stages; there were for instance the professional pilot and the instrument flight qualifications. In total, it took me two to three years.

I got my licences in 1997 but I didn’t work in aviation right away. I did different jobs in several sectors before returning to it definitively a few years later.

Those are two very different things; you can start directly in private aviation because that’s what I did. When I started, it was an off-peak period and the airlines weren’t hiring. I had the opportunity to fly for a private individual and one thing led to another; I developed a network and I decided to stay in this field, without regret to this day.

There are a lot of first flights in aviation. If it is my first flight with a company, it was between Lille and Toussus, in 2002 I think. I was all alone; it was a time when you could still fly on small planes on your own. Now, you have to be two in the vast majority of cases, especially on turbojets and turboprops. From a personal point of view, you learn a lot by being alone, but being two is much safer in case of problems.

In theory all of them, in practice only the one on which I am qualified; for me it is the Citation 2 (Cessna). You have to pass a qualification on each model you want to fly on but in a company, the regulations only allow a maximum of three qualifications.

Yes, training is continuous. Every six months there are refresher courses on certain regulatory points and aircraft operating techniques. There are also simulators on which we train for critical phases of flight. I recently had training on the use of new means of navigation (GPS style).

Commercial aviation is much more regular; pilots have their schedule one month in advance and they often fly to the same destinations or have the same schedules. Private and business aviation change every day and you don’t know in advance how long you’re going to be in one place. There are advantages and disadvantages to both but I prefer business aviation.

I don’t think so; it is still the same style of people, nice ones, and a lot who wants to remain discreet. Otherwise it depends on the time of year; there are more requests from families during the holidays, which is not the case for business people.

I like that it is not repetitive. There is also a family aspect in smaller structures. Usually you know your partner for instance. It is also a job where you make a good living after a few years. As for the disadvantages, I would say the lack of planning and job insecurity.

There isn’t really a typical day; you can leave at any time. In general, I leave home two hours before the flight (with a computer bag and/or a suitcase) and make a stop at the restaurant where the catering has to be picked up. Then, I go to the office to print and study the documents related to the flight (flight plan, weather, checking of the breakdowns that have taken place on the plane, etc). I discuss with the first officer and prepare the aircraft (updating the charts and checking the fuel supplement for example).
Normally, passengers arrive about 15 minutes before departure. We welcome them, the co-pilot takes care of the starting up while I do the safety briefing and explain the flight’s progress to them. If the passengers are late, we postpone the departure. Usually this is not a problem, except at a few airports and during certain periods (especially during a controllers’ strike…), where you may have to wait more than an hour with the passengers on board.
The flight goes smoothly: we regularly check the parameters of the plane and ask the passengers if everything is ok, we sometimes talk.
Once at destination, after the handling service (i.e. the services on the runways, linked to airport assistance and the aircraft maintenance), the doors are opened and the passengers can disembark. We then take care of tidying, cleaning, refueling again. Finally, either we wait at the airport for the return of passengers if it is a round trip on the same day, or we go to the hotel and visit the city, or we return empty. Usually it takes about an hour to prepare the plane for the next flight.

Traveling. Being at the controls of the plane and flying. I also like seeing people and visiting different cities.

I would say to be orderly, to easily find your way around space, to be open and to listen to others. 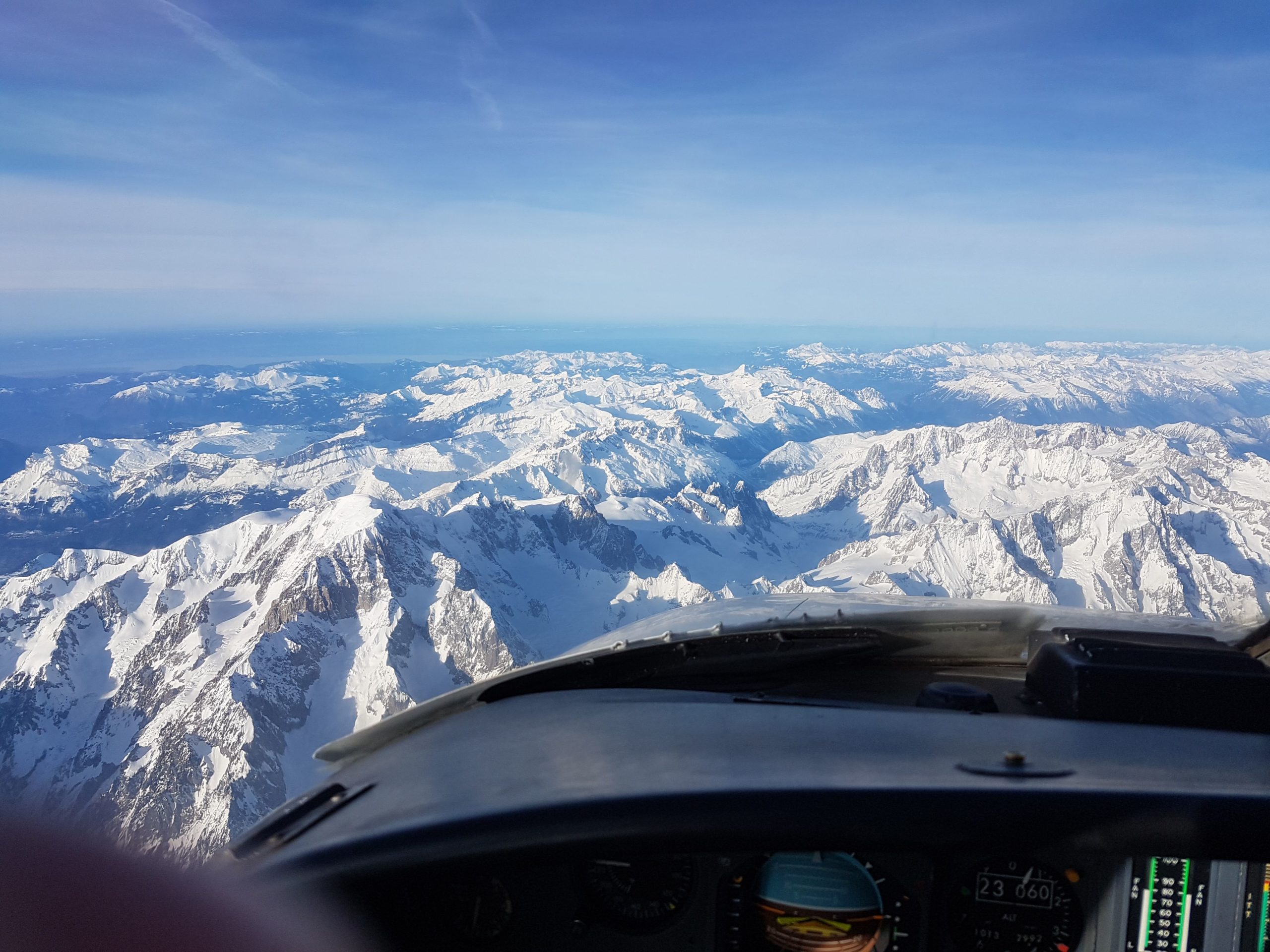 Yes, it is very difficult. You have to be with a very understanding partner. Sometimes you have to leave for several days, leaving early in the morning or late at night. But it is doable.

A lot of flights. Every flight is different and it’s hard to choose.

The worst experience was in-flight icing during pilot training. Ice built up on the plane and it got heavier, causing a loss of power. There was also ice on the propellers and it was dangerous.

There is one runway in Morocco, Errachidia, where you arrive by flying over a mountain range, then you pass over a water reserve and finally land on a track surrounded by desert. It is beautiful. The landings on the runways of Sion and Innsbruck are also very beautiful because you arrive in the middle of the clouds between the mountains. There are many others that are very exciting, like Alesund, with its arrival along Norwegian fjords.

I don’t like landing in Sabadell, in Spain. It is a short runway and when you take off, you keep your fingers crossed that you won’t have an engine failure because there are houses all around.

Not a lot. It depends on which ones; some prefer to talk to each other and we usually leave them alone. Others come to talk to us because they are interested in aviation.

I don’t particularly have one because I haven’t tried them all, unfortunately. I am currently on the Citation 2 and I like it. 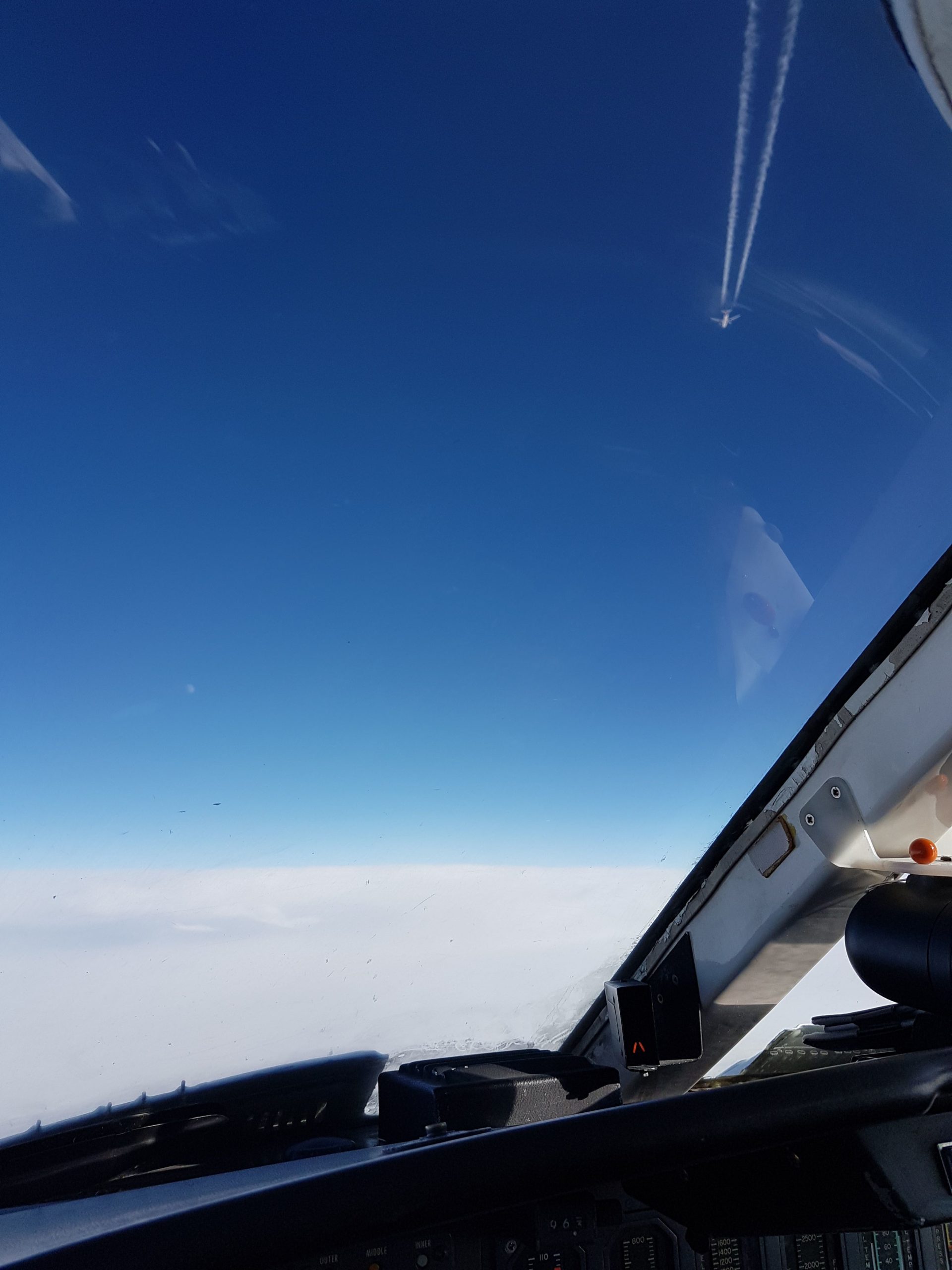 Everything is changing very quickly in the cockpits, with the invasion of screens and automatisms. But the basis of the profession remains the same: to transport passengers safely from point A to point B. Regarding the future I don’t know, but there is more and more paperwork and limitations, and that, for me, is a burden.

Flights sold “at the seat” don’t fit too much with the business aviation mentality; I don’t think there are many people who want to book an expensive private plane to end up with people they don’t know and not be able to choose their own schedule.

As for co-carriage, I see it as a fad, and it is very limited in terms of regulation; there have already been fatal accidents related to this type of activity. Indeed, aircrafts are not subject to the many strict regulations of business aviation, particularly regarding maintenance. Pilots are also less trained.

As for the role of the broker, I don’t know, but I don’t think there will be much change in the coming years. Evolution will surely be linked to new technologies, more management via applications for example.

Personally, nothing has changed for me. Other colleagues have done a lot of repatriation and medical flights. For some companies it had no impact; it depended on the type of aircraft that was requested.

No I have not tested it and it is not available on my aircraft.

Yes because we already do. Many things are automated in airplanes and most of the flight is done on autopilot.

Unfortunately yes, we will not escape it. Automation is great when everything is going well, but if there is a problem, you have to have an alternative.

There are all kinds of motorization techniques to consume less, even electricity, but I don’t really believe in them for the moment. I prefer not to make any further comment.

I advise people to trust business aviation. And for future pilots, arm yourself with courage and never give up. 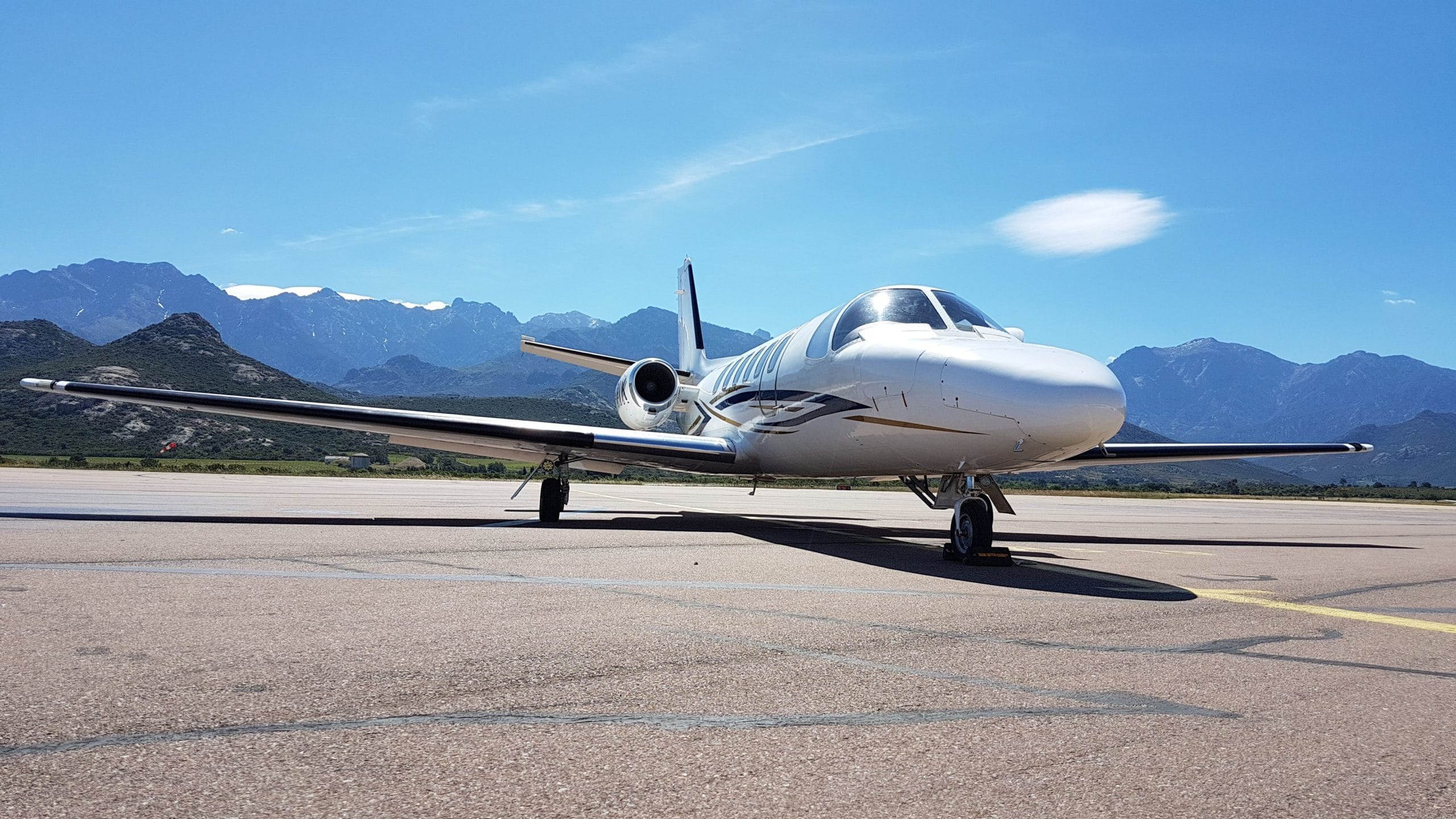