You probably won’t go to Lithuania without passing through Vilnius, the capital and most populous city of the country.

AEROAFFAIRES offers you to go there by private jet, at the best rate. Vilnius International Airport is the largest in Lithuania, welcoming more than three million visitors every year.

If you want to book a taxi plane, a helicopter, a long-haul private jet or a commercial plane for VIPs, our experts are at your disposal. AEROAFFAIRES charters your private jet in two hours and at a competitive rate.

Moreover, thanks to our SkyCO2 program, 100% of the CO2 emissions produced by each private flight are offset by supporting the preservation of Peru’s primary forests.

The airport is located 7 kilometres south of Vilnius and it takes about 15 minutes by car to get there. If you wish, AEROAFFAIRES can arrange a car with driver for you. It will be at your disposal at your arrival and at your departure.

The airport is open 24 hours a day. The length of the runway is 2,500 metres. It can accommodate all types of aircrafts:

The airport also has private lounges where you can relax, eat and work.

The first terminal, built in 1932, was rebuilt in 1954. A new terminal was then inaugurated in 2007. It served as an air base during the Second World War, particularly during the Polish Campaign, and it is now listed as a protected heritage site. Currently owned by the State, it is under the tutelage of the Minister of Transport and Communications.

We recommend you to visit the historic centre, which is a UNESCO World Heritage Site. Vilnius has been influenced by many cultures, religions and language communities. The medieval centre includes well preserved Gothic, Renaissance, Classical and Baroque buildings. A large part of the district was a Jewish ghetto during the Second World War.

For a more unusual tour of Vilnius, visit the Republic of Užupis, the Bohemian and artistic part of the city.

You can also visit the tower of Gediminas, last remnants of Vilnius Castle. 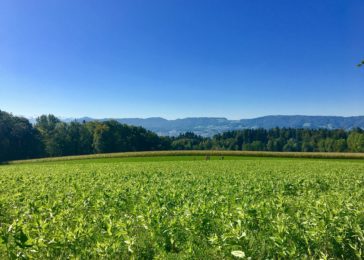