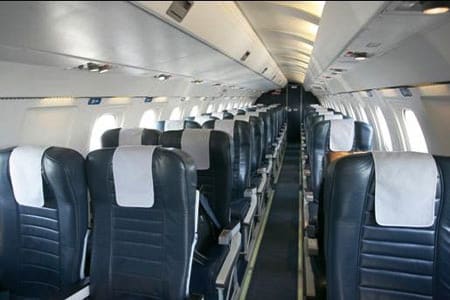 Learn more about the Saab 340

The Saab 340 is a Swedish twin-engine turboprop. It can carry between 33 and 35 passengers on short and medium-haul flights.

It is used to transport passengers and VIPs, but also for reconnaissance and rescue missions at sea.

It is the result of a partnership between the Swedish Saab and the American Fairchild Aircraft, although production was entirely transferred to Sweden a few years later. At that time, the programme was 76% led by Saab and 24% by Fairchild. Fairchild took care of the wings, nacelles and empennage, while Saab took care of the drift and final assembly.

The Saab 340 made its first flight in 1983 and has been in service ever since. There are two versions, A and B, the latter being more powerful than the former. Developed in 1989, the 340B has a longer range and a more powerful engine. Today, both models are used all over the world, in particular by Argentina, Japan and Thailand.

A total of 459 models have been built. There are also variants of the Saab 340, including the Saab 340B QC (Quick Change), which can be quickly converted into a cargo aircraft. The Saab 340B VIP welcomes 15 passengers in a luxurious setting.

The Saab 340 is no longer in production and it is now replaced by the Saab 2000. Nevertheless, it remains its manufacturer’s greatest civilian success.

Flexibility guaranteed when you charter an airliner with AEROAFFAIRES

Not only do you save time and money when you charter a Saab 340 with AEROAFFAIRES, you also have a range of options and perks to make your travel easier. For example, you can customise the cabin configuration for your group flight, and choose onboard catering to suit your requirements. You even have the possibility of adding decor with your unique branding.

Renting a plane for a group flight allows direct flights to all types of airports, including small regional airports as close as possible to a destination. This means you avoid all the delays and waiting associated with commercial aviation. Flying to a remote or small airport? No problem. With our air taxi service, we can take care of your long haul flight and your transfer to your final destination.

It competes with the Bombardier Embraer 145 and the Dash 8.

The number of passengers varies slightly depending on the version and seating configuration.

It has a length of approximately 20 metres, a height of 7 metres and a wingspan of 21 metres. 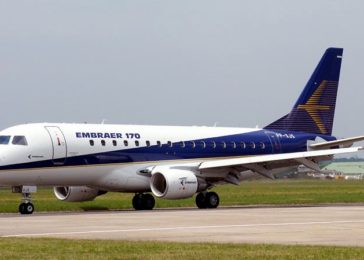 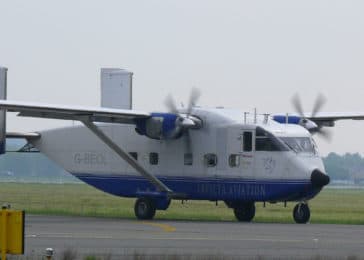