Dornier is a German aircraft manufacturer founded by aircraft expert and engineer, Claudius Dornier. This aeronautical company created in 1922 between the two world wars, but had to close in 2002. It left behind a beautiful history and many achievements in the aviation world. Dornier has made a name for itself with the development of turboprop and turbojet aircraft. These main aircraft models include the Dornier 328 and the Dornier 228. Let’s take off and explore this former German aviation company.

Claudius Dornier’s story, the founder of the Dornier manufacturer

Every great story has its main character. In this one we have Claudius (Claude) Dornier. Claudius Dornier was born on May 14, 1884 in Germany in the town of Kempten, in the southwestern region of Bavaria. His family is of French origin, more specifically from the town of Arçon in the Bourgogne Franche-Comté region. His parents, Dauphin-Désiré Dornier and Mathilde Buck, moved to Germany after their marriage.

Claudius Dornier was always passionate about aeronautics and aerospace. In 1907, he graduated as an engineer at 23 years old from the Technical University of Munich. Having the French nationality from his parents, but having lived entirely in Germany, Claudius Dornier is made a German citizen in 1913. However, he kept his French nationality. He then started to work in engineering in the city of Karlsruhe. Following successful experience in the aeronautical company Zeppelin, Claudius Dornier started several studies. A bit like the routine work, he studied the design and the resistance of certain light metals. His goal was to improve the design of aircraft, airplanes and seaplanes.

In 1922, the Dornier Wal, a seaplane, was created. The name Wal comes from the word whale in German, and refers to the appearance of these aircraft.

He later manufactured propeller-driven aircraft with an ingenious design. Claudius designed a system with propellers at the front and at the back of the engine. This provided traction at the front and thrust at the rear, increasing the manoeuvrability of the aircraft. This mode of motorisation made it a benchmark in this field.

Dornier made a career in aeronautics and manufactured many aircraft, from the study of materials to their final assembly. He died in 1969 in Switzerland. He had 4 children, one of whom was Peter Dornier, who took over the company until 2002 (the Dornier industry came to an end after his death).

How it all began for Dornier

The beginning of the manufacturer Dornier during the interwar period

As mentioned in the history of its founder Claudius Dornier, the company was founded in 1922 during the interwar period. Its first Dornier Wal seaplanes were built in Italy in the seaside resort of Marina di Pisa. But why Italy? Because Dornier had to deal with the constraints set out by the Treaty of Versailles. These seaplanes were exported all over the world.

It was during the interwar period that Dornier really saw the company grow. Dornier aircraft, especially its flying boats, were ideal and widely used for intercontinental and transatlantic routes. It was the Dornier (Do) Wal and its successors the Do 18 and Do 26 that established the first passenger lines across the Atlantic Ocean. Also before the Second World War, Dornier manufactured what was to be the largest aircraft of the interwar period, the Do X. This aircraft was equipped with 12 propeller engines arranged two by two. It was nicknamed the flying boat. Claudius Dornier then tried to find ways to improve the aerodynamics of these planes. For example, on the Do 26 model, he installed floats that can be retracted during the flight and that are deployed before the landing, as these planes land on the water! This development improved the handling in the air of these massive aircraft.

Dornier during the Second World War

At the beginning of the Second World War, the aircraft models Do 26 as well as Do 18 were equipped with weapons. They were used by the Luftwaffe, the German air force, from 1939. These seaplanes were used for surveillance, especially in the North Sea. The Do 24 model was a three-engined aircraft that was manufactured a few years before the beginning of the war. It made its first flight in 1937. The German air force made an order for 217 of them. This type of aircraft became one of the most important at that time, and carried out maritime rescue missions. After the war, the Do 24 model joined the French Navy. Dornier also introduced the Do 17, a military aircraft nicknamed the “flying pencil” because of its thin fuselage.

Then at the end of the war, the Dornier 335 was manufactured and made its first flight in 1943. It was a twin-engine plane that was, at the time, the fastest plane in its category, with a speed of 765 km/h. A new thing at the time was the installation of the ejector seat, which was used in this aircraft.

Dornier during the post-war period

During the war, Dornier manufactured airplanes for the war, so in a way, it was producing weapons. After the war, a denazification is carried out in Germany. Dornier was not convicted, but his company was in bad shape. His factory near Lake Constance was destroyed. Dornier therefore moved to Zug in Switzerland. For a while after the war it was forbidden in Germany to build aircraft. In parallel with the factory in Switzerland, the company assembled its products in Spain. When the ban was lifted, he set up a new factory in Lindau, Germany.

It was not until 1956 that Dornier finally got back on its feet with the successive production of the Do 27, Do 28 and Do 31 aircraft.

In 1962, at the age of 78, Claudius Dornier handed over his company to his sons and retired from his position. The Dornier company continued to operate and later developed a propeller plane, the Dornier 228 and the Dornier 328. They were both short-haul aircraft.

The main aircraft of Dornier 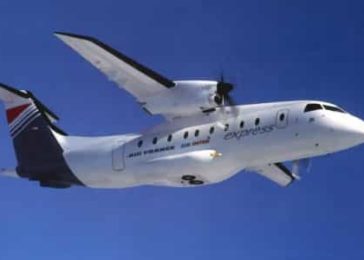 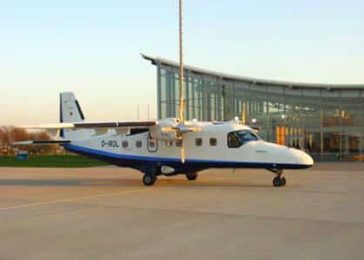