The Piper Seneca PA 34 is a twin-engine aircraft. This aircraft is one of the lightest aircraft available for hire. Although it is not widely used in business aviation, it is quite possible to book it. It can accommodate up to 6 passengers in its cabin. With a flight range of 1,350 km, this jet is perfect for short regional routes. Such as Paris – Lyon or Brest – Geneva for example.

History of the Piper PA 34 Seneca

The Piper PA 34 Seneca is a twin-engine light aircraft produced by the American company Piper Aircraft, mainly used for personal and business aviation. The aircraft is a popular choice among those who wish to hire a small plane for short-haul flights.

It appeared in 1960 and made its first flight in 1965. This model was granted certification on 7 May 1971 and was introduced in late 1971, with almost 1000 aircraft produced in the first three years. It has become a commercial success. The aircraft is powered by a pair of Lycoming IO-360-C1E6 engines.

It has seen many improvements over the years, such as with the PA 34 200T Seneca II, the “T” designation coming from the introduction of turbocharged 200 hp Continental TSIO-360E engines, which gave the Seneca better performance at high altitudes. The most recent update of the aircraft came in 1996, with the arrival of the PA 34 220T Seneca V.

Hire a small plane and enjoy true freedom and flexibility

When you hire a Piper PA 34 Seneca, you enjoy unparalleled accessibility. Due the aircraft’s compact size, you will be able to access smaller or more remote airports that cannot be reached by larger airliners. This is ideal when trying to save on time, as it avoids unnecessary air transfers. It is also a great bonus if you are travelling for tourism or with children, minimising the amount of time spent travelling. Whether you’re looking for a private flight from London to Saint Tropez to catch some rays or hitting the slopes at Lech, you’ll be at your hotel as quickly as possible!

When you hire a small plane, you will have the luxuries of business class but with more flexibility, comfort and privacy. We customise your flight to your exact needs: just tell us your preferred dates and times and leave the rest to our charter experts! 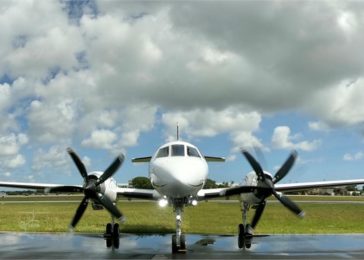 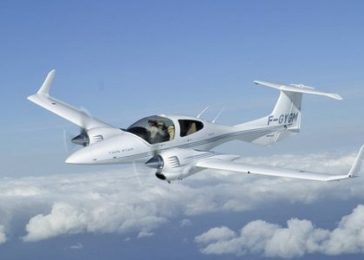 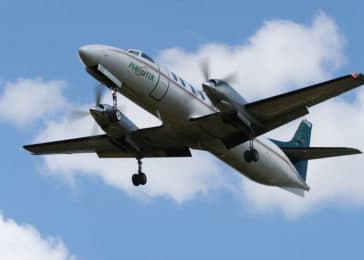