Hire a private jet to Saint Tropez with AEROAFFAIRES

Reach the bliss of the French Riviera by private jet: Saint Tropez air charters by AEROAFFAIRES

Are you planning your next vacation in the French Riviera and looking to hire a private jet to Saint-Tropez? Whether you’re heading on a family holiday or a last-minute business trip, AEROAFFAIRES offers you the opportunity to book your private flight at the best price.

Located in the heart of the French Riviera, La Môle Saint-Tropez Airport has a terminal entirely dedicated to private aviation. It may be one of the smallest international airports in the world, but it is a major gateway to the Gulf of Saint-Tropez, the famous destination of the 1960s jet-set. This gorgeous corner of the south of France is now a major name in the international high-end tourism sector. It is also a very popular location for private aviation. AEROAFFAIRES gives you all the information you need to know for a comfortable and stress-free journey.

Your expert air broker for 30 years

AEROAFFAIRES was founded in 1991. Since our beginnings, we have arranged flights for nearly 95,000 travellers and chartered 20,000 private aircraft around the world. All our private jets are certified for Public Transport to ensure your safety.

Whatever aircraft you have in mind: light air taxi for one to four people, helicopter, commercial aircraft for a group of VIPs, our experts are available 24 hours a day to find the most suitable aircraft for your needs.

In addition, AEROAFFAIRES is committed to the planet. For each private jet rental, we offset 100% of our CO2 emissions by supporting the preservation of South America’s primary forests. To read more about our SkyCO2 programme, click here.

La Môle Saint-Tropez Airport is located in the French municipality of La Môle, in the heart of the Provence-Alpes-Côte d’Azur region, 15 kilometres south of Saint-Tropez.

If you wish, AEROAFFAIRES can book you a vehicle with driver upon your arrival or departure from the airport. Mercedes S-Class, VIANO or Limousine, we put the most suitable car at your disposal, for as long as you want.

AEROAFFAIRES also offers to book you a helicopter in order to get you there as soon as possible. Some jets are not allowed to take off and land from Saint-Tropez Airport, so an attractive alternative is to travel by the plane of your choice to certain cities such as Nice, Cannes, Marseille or Monaco, and then to be transferred by helicopter. The helicopter transfer is a direct flight touching down in the city centre; a great opportunity to discover the region from the sky and optimise your time.

La Môle Saint-Tropez Airport is open 7 days a week, from 9am to 5pm in winter and from 8am to 7pm in summer. Extensions may be requested around 7:30am for take-offs and before sunset for arrivals, but night flights are not possible.

The La Môle aerodrome is limited, several external factors such as the size of the clouds, the heat or the wind conditions should be taken into account when making your journey as they can limit the capacity to act on site. In particular, it is advisable to take off or land in the morning or late afternoon rather than in the afternoon. The times to avoid are between 12 noon and 5pm. This is the period when restrictions are most likely to be applied and it will avoid a probable diversion of the plane, to Toulon for example.

Keep in mind that flights are limited by the short length of the runway (1071 metres available for take-offs and 931 metres for landings), allowing for turboprop engines (like the King Air 90) and light private jets (such as the Citation Mustang, the Phenom 100 or the Phenom 300), but limiting the access of large aircrafts. Weather conditions are also a major limitation, as the airport is surrounded by significant reliefs. If the outside temperature is too high (affecting the asphalt runway) or if the wind speed is higher than 30 km/h for example, aircraft are redirected to Toulon Hyères Airport. Pilots must therefore obtain a special qualification from the South-East Civil Aviation Directorate. With more than 4000 aircraft, the number of commercial movements is also limited to 10,000 per year in order to avoid noise pollution.

In September 2016, several border crossing posts were closed, including La Môle. As the airport no longer had customs status, only flights to or from the Schengen area were possible, a decision that had major consequences. Eventually, since July 2017, the border crossing has been open only during the high season, allowing international flights to take place from June 15 to September 30. For other times of the year, opt for the airports of Toulon Hyères, Cannes Mandelieu, Nice or Marseille.

The airport has a SkyValet terminal entirely dedicated to business and private aviation. You will find all the comforts to be expected from this type of airport:

Inaugurated in 1964, the focus of the airport was quickly made on business aviation; in 1983, it became included on the list of French aerodromes in the D category, intended for business, private and domestic aviation. Saved from bankruptcy by the Michel Reybier group in 2010, the airport now specialises in high-end tourism, and is therefore regularly modernised. Since 2006, it has been increasingly involved in environmental initiatives, using electric cars to transport luggage and has an external power generator to power aircraft while reducing CO2 emissions and noise pollution.

Made famous by Brigitte Bardot in the 1960s, the Provençal village of Saint-Tropez has gradually become the beloved destination of worldly Parisians and the international jet-set. Whether you are here on holiday or you are making a stopover before going to the Cannes Film Festival, some events are not to be missed.

Once you arrive in the iconic town of Saint-Tropez, we recommend that you book a room at Château de la Messardière, a 5-star hotel, or in The Ramatuelle Reserve if you wish to enjoy their luxury spas and villas.

We also recommend stopping for a meal at La Vague d’Or, a restaurant highly renowned for its gastronomic quality and which was awarded three stars. Club 55 can offer you a top-of-the-range Mediterranean cuisine.

As for the events, AEROAFFAIRES recommends Les Voiles de Saint-Tropez, organised every year in September to bring together amateurs and professionals in a regatta involving nearly 400 sailboats.

In March, the Armen Festival brings together many artists around the themes of art, the sea and snow.

In May, the Bravade of Saint-Tropez celebrates Saint Torpes, a high dignitary of the house of Nero who, in 68 AD, refused to renounce his Christian faith and was beheaded. His body was thrown on a boat that arrived on the shores of the city. Discovered by a Roman woman, it was hidden by the Christians, who made this martyr the patron saint of the city. 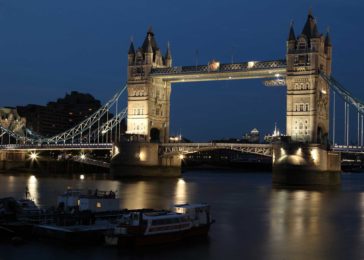 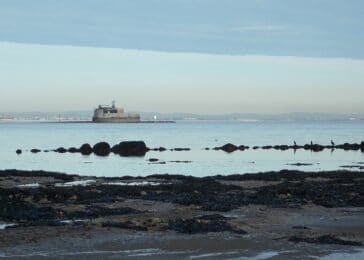