Accueil → The battle of the billionaires in space tourism

The battle of the billionaires in space tourism

Space has always been a source of fascination for Man. Many questions remain about the cosmos that surrounds our earth. Remarkable progress has been made in this direction. Indeed, they have marked the twentieth century, including Neil Armstrong, who was the first man to walk on the moon in 1966.

Usually reserved for astronauts, these discoveries open a new door, that of a journey in an area that remains relatively uncertain.

Faced with the advances in the space sector, we are witnessing an opening to space travel for the most fortunate personalities. Indeed, several of them decided to position themselves in this field, with the will to go in the universe to discover more about what surrounds us. Some even go further, by wishing to share this unique experience with individuals.

Without realizing it, a new form of tourism is emerging. This ambition leads to a race to develop space tourism. It is particularly present between two men, Jeff BEZOS and Richard BRANSON, who are fighting to know which of them will be the first to go to the cosmos. A third man, Elon Musk, has not said his last word, despite some setbacks. 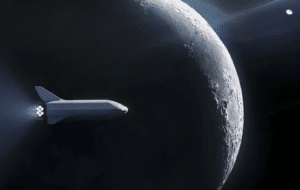 Jeff BEZOS made a success of imagining and creating a company that we all know: AMAZON. Founder and main shareholder, he was also the CEO of the company, until recently. Today, this American is the richest man in the world, according to the famous magazine Forbes, with a fortune estimated at over 200 billion dollars.

In 2000, he created a new company, Blue Origin, whose goal is to democratize access to space by enabling technological progress. Thus, he imagined the New Gleen, a heavy launcher whose first flight should take place in 2022. 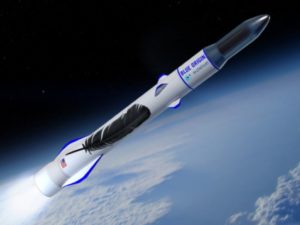 Richard BRANSON, meanwhile, made a name for himself with his British brand Virgin Group, some of whose activities are geared towards airlines. His company has allowed him to reach the TOP 300 of the richest men on the planet according to Forbes.

In 2004, he founded Virgin Galactic, a company whose objective is to sell suborbital flights. On July 11, 2021, he will become the first billionaire to travel to the edge of space, aboard the “VVS Unity”, created by his company. 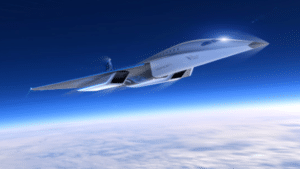 Finally, Elon MUSK, the chairman of Tesla, also wants to have a role in space tourism. The CEO founded Space X in 2002, a company that was awarded a contract to transport cargo with NASA. However, this billionaire seems to be slightly behind his other competitors. Indeed, the latter had to face some problems with the development of the capsule, the “Crew Dragon Demo-1”.

After having stealthily reached the place of the richest man in the world, ahead of Jeff BEZOS, he is now the third richest person in the world. 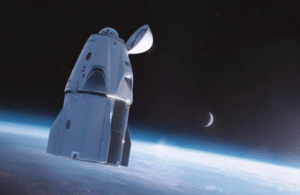 Virgin Galactic and Blue Origin, two companies that will make their first flight during July 2021

Richard BRANSON made his first flight, just a few days before Jeff BEZOS’. The objective was to realize what a future passenger could feel during a flight like this one.

On July 11, 2021, the British man finally had the chance to taste “a once in a lifetime experience”. Indeed, at 4:41 p.m. (U.S. time), Richard BRANSON took off with his team, two pilots and three specialists, from the Spaceport America, in New Mexico. During this flight, they reached the border of the atmosphere, at 80 kilometers, before climbing to 86 kilometers. During the fifty-minute flight, the team was able to feel the effects of weightlessness for a few minutes.

This was not the first trip into space for this billionaire. Indeed, he has already lived this experience in a Russian rocket, in the years 2000. However, it was the first time that a person had gone into space with his own device. 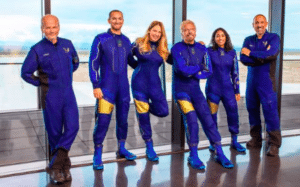 9 days later, the American has also planned to realize its own flight, on July 20 with the rocket baptized “New Shepard”. The Amazon founder and his brother will be part of the trip, one of the goals of which will be to reach the 100 kilometer altitude. The company Blue Origin is also in the news because it will send the youngest astronaut in the world, Olivier DAERMEN, only 18 years old.

Although Richard BRANSON has overtaken Jeff BEZOS, the two men do not seem to be in competition. Indeed, the creator of AMAZON congratulated his counterpart on Instagram.
These two flights have nothing trivial. Indeed, they have accelerated the competition in the field of space tourism.
In addition, on July 15, we learned that a seat would have been reserved by Elon MUSK for a flight with Virgin Galactic. This action accentuates the rivalry in this field and especially towards Jeff BEZOS, who wanted to be the first man to launch his rocket. Thus, we perceive a friendship between Richard BRANSON and Elon MUSK.

Where does France stand with regard to space tourism? A French company stands out from the classic space tourism with balloons that can go into the stratosphere: Zephalto

Founded in 2012, this young French company has been developing since 2016, “Céleste”, a balloon capable of performing flights in the stratosphere. The project is already on the right track of development. Indeed, several prototypes and test flights have already been made. The first tourist trips should be operational by 2024.

A major difference with other offers is its low carbon use. Indeed, to operate, this balloon requires carrier gas, combined with solar energy. 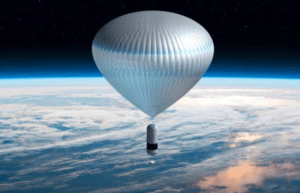 However, Zephalto is not alone in wanting to send tourists into space, using balloons. In the United States, Space Perspective plans to make its first commercial flights as early as 2024.

Some figures to understand the stakes behind space tourism

In 2022, Virgin Galactic wants to offer 400 flights per year to discover and develop space tourism. More than 600 tickets have already been sold, in over 60 different countries. However, buying a seat to go to the universe is very expensive. Indeed, a ticket costs between 200 000 and 250 000 dollars. More than 50,000 people would be interested in discovering the space. Although this price is not accessible to everyone, some people are willing to pay crazy amounts of money to have a seat on board, like a man who paid $28 million to accompany Jeff Bezos during the flight on July 20, 2021.