Do you want to transport goods? AEROAFFAIRES charters your cargo aircraft and organises your customized freight transport.

In the world of aeronautics and within the aviation market, there are different types of aircraft such as cargo planes or transport aircraft which are specially equipped for the air transport of goods. In the field of civil aviation, cargo aircraft are distinguished from passenger airliners. However, in the military field, cargo aircraft used by the army can carry goods as well as soldiers and paratroopers or carry out refuelling missions.

We accompany you throughout the booking process to help you find the right aircraft to transport your goods. However, it is important that you are aware of the specific features of each cargo aircraft. This will give you a better understanding of how air freight transport works on these large aircraft that are rarely seen by the general public.
Why rent a cargo aircraft and benefit from tailor-made air freight?

Why rent a cargo aircraft and benefit from tailor-made air freight ?

Chartering a cargo aircraft allows you to avoid all the constraints of airlines. We can transport your goods at the time and date you want. Contacting our experts also means benefiting from a tailor-made flight to any destination in the world. We find safe and customized solutions to meet all your needs:

Thanks to our worldwide network of charter specialists, you have access to a wide range of aircraft capable of transporting your goods whatever your needs.

The 5 categories of cargo aircraft.

Cargo aircraft can be divided into 5 categories:

Thanks to our global network of chartering specialists, you have access to a wide range of equipment capable of transporting your goods whatever your needs.

Cargo aircraft can be divided into 5 categories:

– Feeders: Transporting between 10 and 30 tonnes of freight over medium-haul distances. These aircraft are mainly used to feed logistics sites.

– Regional-Freighters: These former passenger aircraft converted into freight aircraft are characterised by their single-aisle configuration and their capacity to transport between 25 and 65 tonnes over medium-haul distances.

– Long-range freighters: These medium or long-haul aircraft can carry between 50 and 70 tonnes of freight.

– Large freighters: This category includes the largest cargo aircraft. They can carry between 70 and 110 tonnes of freight. On the other hand, not all airports are able to accommodate large freight aircraft.

– Specific aircraft: These cargo planes are used especially for the transport of exceptional goods. They can be fitted out to transport toxic products, medical devices, military or spacecraft. These specific aircraft can also land easily on very short runways and on any surface.

The most frequently used Air Cargo:

This unit is the most popular and best-selling member of the 747 family. In total, Boeing produced 694 units, initially used as airliners, many 747s were later converted into tankers. Nicknamed the Dreamlifter, this former commercial aircraft is ideal for transporting and securing deliveries of loads in excess of 100 tonnes over long distances. As a large freighter, it has a range of 13 hours, perfect for long-haul flights. The loading doors on the sides and nose of the aircraft make it easy to load goods and can be adapted to suit all needs. 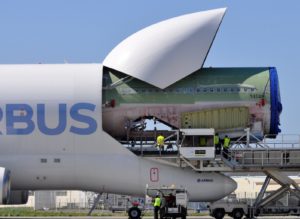 Similar to Boeing’s Dreamlifter, these two aircraft do not, however, meet exactly the same needs. The Airbus A300-600F is very popular on the market. It meets the demands of medium-haul freight and the transport of goods weighing around 50 tonnes.

This aircraft is ideal for short flights and all circumstances. Even with critical weather conditions, this turboprop will be able to maintain its flight. Built in 291 units, this aircraft was first used a lot for passenger transport and by the Us-Army before being converted into a cargo plane.

This jet plane is the largest cargo plane in the world. Easily recognizable with its 6 turbojets, it can carry up to 250 tons of cargo in its hold on short and medium-haul flights. There is only one in service and this one has made the news in the aeronautics news, especially in the fight against the covid-19 in 2020. On 19 April, it landed at Paris-Vatry airport with 150 tonnes of coronavirus control equipment, including 8 million masks from China. He also flew for the Quebec government to deliver medical products in May 2020.

This aircraft owes its fame to its ability to land in very isolated areas, even difficult to access. Equipped with four turboprops, it falls into the category of feeders. Mainly used for medium-haul flights to unpaved runways, it can carry up to 15 tons. 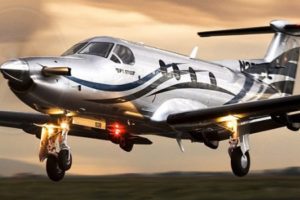 A very versatile, safe and reliable aircraft, the Pilatus PC12 is renowned for its take-off and landing capabilities on very short runways. It is popular with businessmen and can also be easily converted into a cargo aircraft. Very versatile, it perfectly meets the demands of medical transport, air freight and surveillance missions. 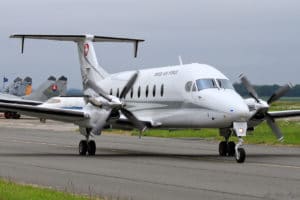 The Beech 1900 no longer has to prove all these qualities. Marketed since 1991, this aircraft is still one of the most widely used on the market today. Its enlarged fuselage for passengers also allows it to carry many quantities of goods. This turboprop can transport goods in all weathers and use airports with relatively short runways, unlike the majority of aircraft in air traffic.

This Soviet military transport aircraft was first used extensively by the army and for transporting material to conflict zones. It was then democratised and is now widely used for the transport of medium tonnage goods. These rear doors allow for fast loading of all types of goods.

A Russian helicopter, this aircraft has been specially designed for oversized cargo. It can transport up to 20 tonnes of cargo to remote areas. This cargo helicopter is a perfect alternative to cargo planes for transporting large goods. 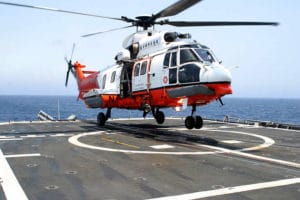 This Franco-German medium transport helicopter can transport passengers and freight at the same time. This makes it particularly useful for offshore operations. The Super PUMA is also widely used for military operations and sea rescues. 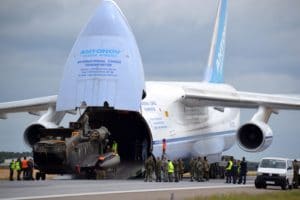 The Antonov AN-124 is the second largest mass-produced cargo aircraft in the world. This aircraft has a lot of logistic equipment such as loading ramps. The payload bay is 35 metres long and 6.7 metres wide, with a height of 4.5 metres. Its oversized size makes it possible to accommodate military vehicles, ships or even satellites on board. 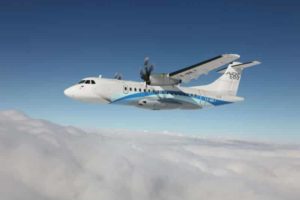 The ATR 42 is originally an airliner. But it is possible to convert it into a cargo plane for distances of up to 1000 km. Built by the ATR group, it is recognised for its reliability and economical operating costs. 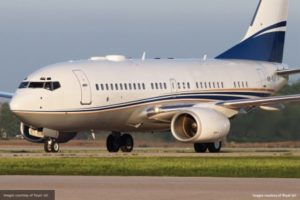 The B777 has an impressive maximum distance, even when fully loaded. This makes it very interesting from an economic point of view.

The SAAB 340 is a Swedish twin-engine propeller airliner. It is possible to convert it into a cargo aircraft used for short distances. When used as a carrier, this aircraft is simple to load.

Why charter Air Cargo with AEROAFFAIRES?

Air freight is a non-negligible productivity tool. To accompany you in the choice of your cargo aircraft and to offer you the best services is our priority. We assure you:

– A flight representative: Our experts will accompany you before, during and after your cargo plane flight.

– Immediate profitability: Our technological tool allows us to compare in real time the 7,500 aircraft of 1,200 airlines. We are thus able to find the ideal cargo aircraft at the best price.

– Access to underserved airports: You will have access to isolated areas not usually served by scheduled flights. This will allow us to deliver your goods as close as possible to your final destination.

– A wide range of aircraft: We have access to more than 7,500 aircraft. All of them meet different needs. Thanks to our very varied fleet we will provide you with the ideal aircraft.

– Offsetting CO2 emissions to save the planet: Concerned about environmental issues, we have developed our own patented Sky CO2 Programme. So when you book your flight, 100% of the CO2 emissions generated by the flight are offset via a certified reforestation project.

How much does it cost to rent a cargo plane ?

For short and medium-haul flights : 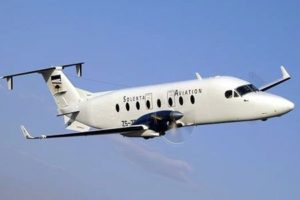 What about VIP airliners?

VIP airliners are refurbished commercial aircraft; they look like mini flats and are very luxurious. The most popular are :

Trust AEROAFFAIRES to charter the airliner of your choice. We offer you personalised flights, worldwide coverage and a customer follow-up that has already satisfied thousands of passengers.