Looking to rent a cargo plane for a long-haul flight? Consider the Boeing 747-400 Dreamlifter.

The Boeing 747-400 Large Cargo Freighter (LCF), nicknamed the Dreamlifter, is a cargo aircraft, not to be confused with the Boeing 747-400 airliner, from which it is derived. This super-sized aircraft can carry up to 150 tons of cargo on takeoff, over 7800 kilometres. It mainly carries large and bulky parts.

It was built to fulfil Boeing’s need for an aircraft capable of transporting certain aircraft parts from Japan and Italy to Everett, in the United States. Deliveries by sea were considered to be far too time-consuming. Four Boeing 747-400 airliners were modified to build four Dreamlifter cargo planes; the construction took place in Taiwan. It was more economical for Boeing to buy and convert planes rather than build new ones. This also reduced the number of years of testing required to then obtain the necessary certifications to fly.

The Dreamlifter was named in reference to another Boeing aircraft (the 787), nicknamed the Dreamliner. The first flight took place in 2006.

Are you looking to charter a Boeing Dreamlifter for the transport of heavy or bulky cargo over long distances? Look no further than AEROAFFAIRES, your air cargo specialist. Needing to transport parts to a major manufacturing centre overseas or fly out high-value cargo such as precious metals, jewellery, works of art, fashion collections, music equipment or sports cars? With our expertise and bespoke service, you can enjoy complete peace of mind, safe in the knowledge that your cargo will be delivered punctually and in the safest possible conditions.

The Boeing 747-400 LCF can carry three times the volume of a Boeing 747-400F cargo aircraft. Unlike this one, the Dreamlifter opens by the tail and not the nose for loading goods.

It is similar to the Airbus A300-600ST Beluga, with a similarly shaped fuselage. It is also often used to carry aircraft wings. The aircraft is also similar in type to the Super Guppy.

The Dreamlifter has a wingspan of 65 metres for a length of 12 metres and a height of 21 metres. 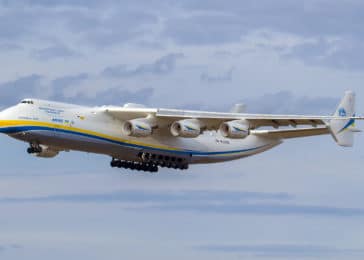