You need to travel to Northern Ireland for a family holiday? Unless it is for a business trip? AEROAFFAIRES, your specialist in chartering private jets, offers to take you to Belfast, a dynamic and modern port city despite the years of political unrest and violence that have marked it.

Also known as Aldergrove, Belfast International Airport is one of the capital’s two airports, the second being Belfast City Airport. Its passenger traffic increases every year, making it the second busiest airport in Ireland, behind Dublin Airport.

Since its creation by François-Xavier CLERC in 1991, AEROAFFAIRES has already accompanied more than 95,000 passengers and operated nearly 20,000 flights.

In addition, its SkyCO2 programme enables it to offset 100% of the CO2 emissions produced by each private flight by supporting the preservation of Peruvian primary forests.

Experts in business and private aviation are available to help you book a taxi plane, helicopter, long-haul private jet or commercial plane for VIPs. AEROAFFAIRES charters your private aircraft in 2 hours and at a competitive rate. To book your private jet, contact us 7/7 and 24H/24 at +33 (0) 1 44 09 91 82.

Belfast International Airport is located approximately 25 kilometres west of Belfast and east of Lough Neagh Lake, the largest freshwater lake in the British Isles. It takes its name from the nearby village of Aldergrove.

If you wish, AEROAFFAIRES can arrange for a multilingual chauffeur driven car to accompany you.

Belfast International Airport is open 24/7. Its two asphalt runways of 1,900 and 2,700 metres in length allow it to accommodate all types of aircrafts :

In addition, it has six FBOs, which will provide you with a wide range of quality services, including :

In 1917, the Royal Flying Corps, an air force of the British army during the First World War, decided to create an airfield. Civilian flights began in 1933. An international airport was then gradually developed to accommodate all types of aircrafts, particularly during the Second World War. It shared its bases with the Royal Air Force until 2008 and is now owned by Vinci. In 2013, many leaders borrowed it at the same time for the G8 summit. In 2018, more than 6.3 million passengers passed through the airport.

Belfast is the birthplace of the infamous Titanic. For the centenary of its sinking, a building was inaugurated in 2012. We recommend you to visit it, as well as the Ustler Museum and the Crumlin Road Prison. You will be able to get to know Irish history.

You can also stroll along the docks and through the botanical gardens.

Feel free to stop off at a historic pub or one of the local restaurants in Cathedral Quarter.

Finally, 1h30 from Belfast is the Giant’s Causeway, one of Ireland’s most beautiful natural sites, also listed as a UNESCO World Heritage Site. 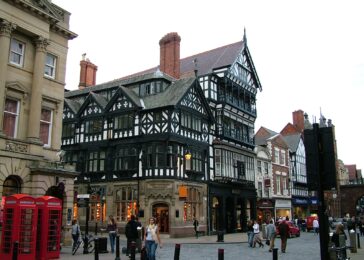 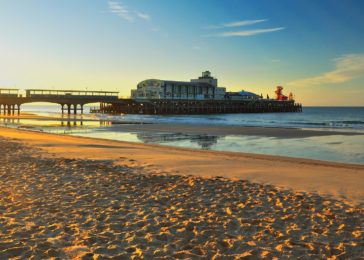