You want to fly to Belgrade, Serbia on a private jet? AEROAFFAIRES offers to take you there by private jet from the city of your choice, and at the best rate. Nikola Tesla International Airport is the busiest airport in Serbia, welcoming more than 5 million passengers every year.

If you wish to book a taxi plane, a helicopter, a long-haul private jet or a commercial plane for VIPs, our experts are at your disposal. AEROAFFAIRES charters your private jet in two hours and at a competitive rate.

Moreover, thanks to our SkyCO2 program, 100% of the CO2 emissions produced by each of our private flights are offset by supporting the preservation of primary forests in Peru.

The airport is located 18 kilometres west of downtown Belgrade, near Surčin. AEROAFFAIRES can, if you wish, take care of the rental of a car with a driver. He/she will take care of you on your arrival and departure.

Nikola Tesla Airport is open 24 hours a day. It has a runway length of 3,400 metres and can accommodate turboprops, light private jets, midsize private jets, long-haul private jets, as well as regional and commercial planes for group flights.

The airport also has seven FBOs. These private lounges offer you a wide range of quality services, including :

The first airport was the one in Pančevo, north-east of Belgrade, which became operational in 1923. A new airport was built later, closer to Belgrade and known as Dojno Polje. It was occupied by German forces during the Second World War. Finally, due to the increase in passenger traffic, the present airport was built near Surčin in 1958.

In 2019, it was handling 6.2 million passengers to 40 different destinations, mostly in Europe and the Middle East. Today it is Air Serbia’s main hub, which has helped the airport to develop and become the most important one in the Balkans. It has two terminals.

In 2017, the operating rights are redeemed by Vinci for 25 years. By 2025, Vinci wants to increase traffic to 15 million passengers and therefore become a major hub in South-East Europe.

We also recommend taking a trip to the seaside resort of Ada Ciganlija, which is a small river island.

The bohemian district of Skadarlija is home to art galleries, restaurants and night bakeries.

Finally, Belgrade, also known as the “Barcelona of the Balkans”, is famous for its nightlife. 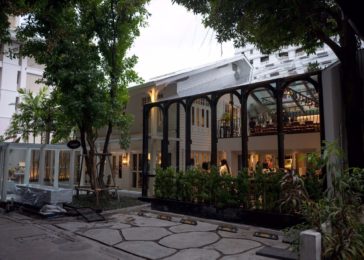