Would you like to organize a private flight to Bolzano for a business trip or relax in the Merano region? AEROAFFAIRES offers you a private jet rental service at the best rates.

Bolzano is a city in the province of South Tyrol, in northern Italy, located in a valley surrounded by hills covered with vineyards. It is a gateway to the Dolomite chain in the Italian Alps. In the centre of the medieval city, the South Tyrolean Archaeological Museum houses the Neolithic mummy called Ötzi, the ice man. Nearby are the imposing Mareccio Castle, built in the 13th century, and Duomo di Bolzano Cathedral, with its Romanesque and Gothic architecture.

In order for your peaceful trip,  AEROAFFAIRES tells you everything you need to know about Bolzano Airport.

AEROAFFAIRES is your specialist in chartering private jets and helicopters. Since 1991, we have accompanied more than 95,000 passengers and organized nearly 20,000 private flights worldwide.

Light taxi plane, helicopter, long-haul private jet or commercial jet for VIPs, our experts are at your disposal to find the solution that suits you best, at a competitive price.

AEROAFFAIRES is also committed to the planet. Through our SkyCO2 program, we offset 100% of the CO2 emissions produced by each private flight by supporting the preservation of the South American forest.

A civilian and military airport serving the city of Bolzano, in the Trentino-Alto Adige region of Italy.

The airport is located 6 km south of the city centre. Motorists will take the A22/E45 motorway to South Bolzano and follow the signs to the airport.

The Aeroporto di Bolzano-Dolomiti, also known as the Aeroporto di San Giacomo, is a small airport in the northeastern region of Italy, Trentino Alto Adige. It is located near the regional capital of the same name: Bolzano

Bolzano Bozen has a runway length of 1300 metres and can accommodate turboprop engines. No private jets in Public Transport may land.

Bolzano’s two faces are fascinating. Two true and proper souls living together perfectly, a continuous cultural and linguistic exchange. For centuries, this capital city was a privileged centre of exchanges between the Italian provinces and the Germanic countries.

The cuisine of South Tyrol and in particular Bolzano combines the traditions of Central Europe with those of the Mediterranean. In autumn, there is still a special tradition, that of the “Törggelen”: at harvest time, the typical farms offer their seasonal products, such as speck – raw smoked bacon -, sweet wine and of course new wine.

Stay at Palace Merano in the heart of Merano, an Italian city of about 38,200 inhabitants located in the autonomous province of Bolzano in the region of Trentino Alto Adige in northeast Italy. Merano is best known as the main spa town in Trentino Alto Adige, north of the Po plain. 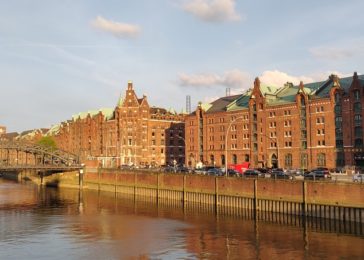