You would like to visit Dubrovnik, one of the pearls of the Adriatic for its charm and history? Unless you come for the famous film locations of Games of Thrones? Fly to Croatia by private jet and enjoy a magnificent view of the city walls.

Dubrovnik Airport is one of the busiest on the Dalmatian coast, handling 3.5 million passengers every year. AEROAFFAIRES offers you to charter the private jet of your choice at the best price.

Moreover, thanks to our SkyCO2 program, 100% of the CO2 emissions produced by each flight are offset by supporting the preservation of Peruvian primary forests.

Our experts in business and private aviation are at your disposal to book a taxi plane, helicopter, long-haul private jet or commercial plane for VIPs. AEROAFFAIRES charters your private plane in 2 hours and at a competitive rate. To book your private jet, contact us 7/7 24H/24 at +33 (0) 1 44 09 91 82.

Located about 20 kilometres south-east of the city centre, the airport is less than half an hour’s drive away. If you wish, AEROAFFAIRES will book you a car with a multilingual driver. Dubrovnik has had a heliport since 2007 so we can also rent you a helicopter.

You can also travel to Dubrovnik by ferry from the islands of Mljet and Hvar, for example.

Dubrovnik Airport is open from 5 am to 10 pm. It has the longest runway in the country (3300 metres) and can accommodate all types of aircrafts: turboprops, light private jets, midsize private jets, long-haul private jets and regional aircrafts.

The airport also has five FBOs. These private lounges offer a number of quality services, including :

Dubrovnik Airport was built in 1962 to replace the one near Gruda. However, it was bombed by the Yugoslav army in 1992, in the middle of the Croatian war. It reopened shortly afterwards and is today the most modern airport in the country due to the improvements made.

Dubrovnik is a city made famous for hosting the film crews of the Games of Thrones series, but not only that. Its historical heritage makes it one of the most beautiful cities in the Mediterranean.

We recommend of course a walk through the old town. For example, you can visit the Assumption Cathedral, the Franciscan and Dominican monasteries or the Lapad district, which is home to a forest park. For more information, click here.

You can also kayak along the city walls at sunset.

Finally, as Dubrovnik is close to Bosnia, you have the possibility to go on day trips to Kotor or Mostar. 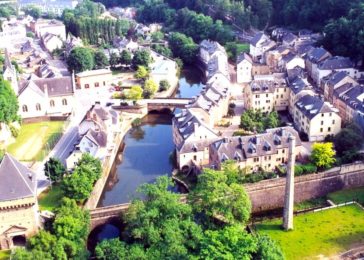