You are looking for a Croatian island that offers a unique landscape, an exciting nightlife and a luxurious living environment? We have the perfect destination, Hvar. Nicknamed the Croatian Saint Tropez, this Dalmatian island attracts the jet set from all over the world every summer. It is accessible by ferry from many cities that can be reached by private jet, including Dubrovnik and Split.

Prepare your trip now with AEROAFFAIRES, your specialist in chartering private jets and helicopters.

Our business aviation experts will book your private flight at the best rate and in less than two hours. We determine together the aircraft certified for Public Transport which suits you best: taxi plane, long-haul private jet, helicopter or commercial plane for VIPs.

In addition, thanks to our SkyCO2 program, you can offset 100% of the CO2 emissions produced by each private flight by supporting the preservation of Peru’s primary forests.

AEROAFFAIRES offers to book you a private jet to Dubrovnik or Split from the destination of your choice. Once you are there, a car with driver will take you to the ferry lines to get you to the island of Hvar.

As ferry schedules can change at the last minute, we advise you to check directly on site. The most popular routes are Split – Hvar and Dubrovnik – Hvar.

Hvar is one hour by ferry from Split, two hours from Mljet and three hours from Dubrovnik. Depending on the route, you can get off at Jelsa, Hvar Grad, Stari Grad or Sucuraj.

If you decide to take a private jet during your trip, the airports of Split and Dubrovnik can accommodate:

Finally, European Coastal Airlines also offers access to the island of Hvar by seaplane. It takes 10 minutes from Split and 25 minutes from Dubrovnik.

Also nicknamed the lavender island because of its massive production, you can visit lavender fields but also many vineyards.

We recommend you to visit the Venetian fortress of Hvar, perched on a hill north of the city and built in the 16th century by Spanish architects.

You can also explore the surrounding area by boat or bicycle. There are beautiful beaches near Jelsa.

You will of course find many private yachts and four and five-star hotels, such as the Elisabeth Palace, which is also the oldest hotel in Hvar.

Finally, we advise you to go in the off-season if you have the possibility; in the summer, the island welcomes crowds of tourists. 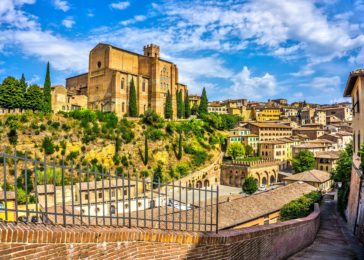