You are planning a business trip to Moscow or a getaway to discover Russia and you want to book a private jet at the best price? AEROAFFAIRES offers you to organize your private flight to or from Moscow Vnukovo Airport.

With nearly 122,000 passengers per year and about 60 movements per hour, Moscow Vnukovo Airport is the largest private airfield in Eastern Europe. AEROAFFAIRES tells you all the information you need to know before you leave.

AEROAFFAIRES is your specialist in chartering private jets and helicopters. Since 1991, we have organized nearly 20,000 private flights worldwide and satisfy more than 95,000 passengers.

Our experts in business and private aviation answer your request 24 hours a day and determine with you the most appropriate aircraft according to your needs. Air taxi, helicopter, private jet, commercial plane for VIP… We organize your trip with a certified device for Public Transport in less than 2 hours.

With its SkyCO2 program, AEROAFFAIRES undertakes to offset 100% of the CO2 emissions produced for each private jet rental by preserving South America’s primeval forests. 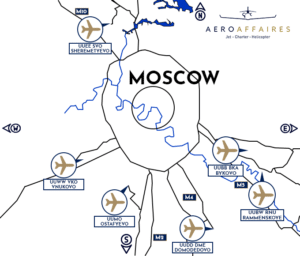 Of the three international airports in Moscow, Vnukovo Airport is the closest to the city centre as it is only 28 km away. It takes about 30 minutes by car to reach the centre of the Russian capital.

In order to facilitate your arrival and departure, AEROAFFAIRES offers you to book a car with a multilingual driver. Depending on your needs, we will provide you with a Mercedes S-Class, Viano or Limousine.

Moscow Vnukovo Airport is open 24 hours a day, every day of the year. It is not subject to any time restrictions, which allows aircraft to land and take off at any time of the day or night.

The 3,060 m asphalt runway and the second 3,500 m cement runway can accommodate all types of aircrafts:

The airport has two business and private aviation terminals located in two separate buildings. In each of them, you will find:

It is in the municipality of Vnukovo that Moscow’s oldest airport was established in 1941. Its first function was initially military and it was only after the Second World War that it took up a civilian position.
It was completely renovated in 1980 for the Moscow Olympics. It was then expanded again in 2004 and 2010 to meet the ever-increasing demand for air traffic.

Popular business center, Moscow also offers a rich cultural life, making it a major destination for both business and leisure travellers. AEROAFFAIRES recommends that you book a room at the magnificent Ararat Park Hyatt Moscow hotel .

Want to taste Russian cuisine? The Pushkin café is probably one of the finest restaurants of the Russian capital.

Finally, for an impressive and timeless visit, do not hesitate to stroll from one metro station to another. These are not simple public transport stations but real works of art. 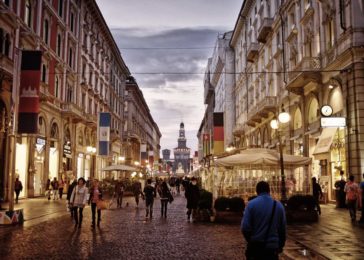