Pilatus Aircraft, or Pilatus, is a Swiss aircraft manufacturer. The CEO of the company since 2013 is Markus Bucher. Pilatus Aircraft was founded in 1939. Its headquarters are located in Stans, Switzerland. The company is not specialized in large airliners, but rather in light aviation. Pilatus is one of the world’s leading manufacturers of single-engine turboprop aircraft. Let’s take a look at its history, its initiatves and its fleet of aircraft.

The history of Pilatus

The company has been managed by CEO Markus Bucher since 2013.

There are many key figures that make this Swiss company stand out:

Initiatives and values of Pilatus

Nowadays, the aviations industries understand the importance of carrying out initiatives in parallel with the manufacturing of the aircraft. Pilatus stands out by the variety of intitiatives and values it carries out. Whether this is showing the excellence of Swiss work, or through its initiatives to satisfy their customers at all times and care for the environment. Pilatus wants to show its various values and missions through its aircraft.

Swiss excellence according to Pilatus

Usually when we hear or read the term “Swiss Made”, we think of attention to detail and advanced technology. If the watchmaking industry holds this label, it also applies in the aviation industry, particularly in terms of air transport safety. At Pilatus, the focus is on quality and safety for all its aircraft.

More than 300 engineers at Pilatus are working on reinventing aircraft and are constantly on the lookout for improvements or new designs for private jets. To do this, Pilatus engineers use the latest aerospace design tools and technologies.

Swiss excellence also extends to the field of manufacturing. Thanks to a wide range of skills and equipment, Pilatus is able to manufacture most of its own components for aircraft. This creates a strong relationship and collaboration between the engineering and production teams.

With aviation safety at the forefront, Pilatus works to create products of the highest quality to guarantee safety to its customers.

To sum the company up, Pilatus is based on performance, reliability and of course Swiss excellence! Within the manufacturer’s teams, this philosophy is called the “Pilatus Class”.

Pilatus and its customer service

This goes hand in hand with Swiss excellence, as customer satisfaction is very important to the aircraft manufacturer. Pilatus makes it a priority to produce high-quality, reliable aircraft that can transport you safely. And not only that. With 60 bases around the world, and on all continents, Pilatus is always available for its customers’ aircraft-related needs. Pilatus is also committed to providing support to its customers. Whether it is with airlines or private owners, the aircraft manufacturer is committed to following their models throughout the life of the aircraft. Pilatus is available and responsive every day of the year, 24 hours a day. This is down to the aim of satisfying the needs of its customers and finding suitable solutions as soon as possible.

Pilatus is committed to protecting the environment. The company is very careful about the materials it uses and the resources that are available. It also has sustainable plants in Switzerland that are powered by renewable energy. This is also the case for many of their buildings, which are mostly heated with sustainable energy from a wood-gas plant near the main factory. The main factory used wood waste to operate, among other things.

Since 2014, Pilatus has been able to obtain 100% renewable electricity from its own solar power plants and hydroelectric power plants located close to the Pilatus plant, in the canton of Nidwalden. For Pilatus, being environmentally friendly is not just an option, but an obligation.

This aircraft is also very good value for money. It can carry up to 8 passengers in its spacious cabin over a maximum range of 2750 km. This makes it ideal for short journeys across Europe.

Examples of price per route:

Examples of price per route:

“The PC-24 has exceeded all of our expectations. We are extremely satisfied with its performance. The usability and unique features make it one of the best aircraft for our needs.“

You now know a little more about the Swiss manufacturer Pilatus. At AEROAFFAIRES, we can book all types of aircraft for you! For any additional information, complete our online quote or contact us at +33 (0) 1 44 09 91 82 where our team are available 24/7. 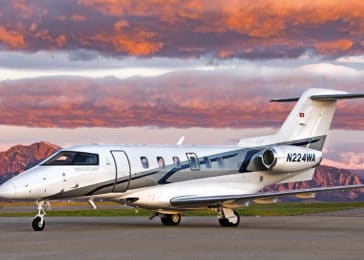 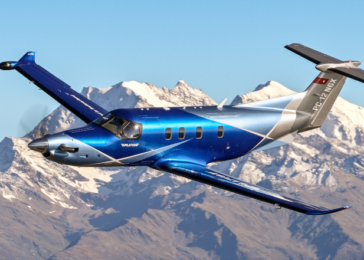