Whether you have to go to Lisbon for a business trip or simply because you dream of tasting the delicious pastels of nata, AEROAFFAIRES offers you a private jet rental service at the best prices.

AEROAFFAIRES tells you everything you need to know about Lisbon Airport.

Since 1991, AEROAFFAIRES has been your specialist in business and private aviation. We have chartered more than 20,000 private flights and satisfied nearly 95,000 passengers thanks to our in-depth knowledge of the business airport environment.

Whatever aircraft you need: air taxi, private jet for medium and long-haul distances, helicopter or commercial plane for VIP, our experts will be able to charter your certified private jet for Public Transport within 2 hours and at a competitive price.

Since the preservation of the planet is a major challenge nowadays, AEROAFFAIRES has created the SkyCO2 program to offset the CO2 emissions produced by each private flight by helping to preserve South America’s primary forests.

The capital of Portugal, with a coastal location and hills. From the imposing Castle of St. George (Castelo de São Jorge), the view embraces the pastel-colored buildings of the old town, the Tagus Estuary and the 25 April suspension bridge. Nearby, the National Museum of Azulejo traces 5 centuries of decorative ceramics. At the gates of Lisbon, a series of beaches from the Atlantic, from Cascais to Estoril.

Lisbon Humberto Delgado Airport is located 6 km north of the Portuguese capital. It takes about 15 minutes to reach the city centre by car.

If you wish, a car with driver booked by AEROAFFAIRES will be waiting for you when you arrive at Lisbon Airport. Your Mercedes S-Class, VIANO or Limousine will take you to your meeting point or to your hotel.

Lisbon Airport is open every day of the year and 24 hours a day.

The two asphalt runways are long enough to accommodate all types of private jets:

The airport offers its business aviation passengers high-quality services, including:

Lisbon Portela Airport was founded in 1942 during the Second World War. Alternately occupied by the Germans and the English, it was widely used for the transport of stowaways and for the evacuation of refugees.
At the end of the war, it took up a civilian position and opened up to the international arena.

Since 2007, it has underwent major refurbishment and expansion work, and was renamed “Humberto Delgado” in 2016 in honour of the founder of TAP Air Portugal.

We recommend that you book a room at the hotel Verride Palacio Santa Catarina, located in the historic heart of Lisbon and overlooking the Tagus River.

Take advantage of your professional or tourist stay in Lisbon to stop by the gourmet restaurant Belcanto, located in the chic and historic district of Chiado. Chef José Avillez has been working there since 2012 to offer you a revisited Portuguese cuisine.

Finally, if you have some time, go to the Belém tower, built at the beginning of the 16th century on the banks of the Tagus to guard the entrance to the port of Lisbon.

AEROAFFAIRES also offers a point-to-point helicopter rental service to connect the airport of arrival to the city centre; an opportunity to discover the city from the sky and optimize your time.

Choosing AEROAFFAIRES is the assurance of finding the right device for your needs, which will save you time and money. 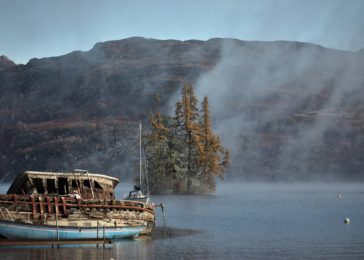