The Short SC.7 Skyvan is a light private jet built in the early 1960s. It is still in service to this day and can carry up to 16 passengers.

In 1958, engineer George Miles asked Short Brothers, an aircraft manufacturer based in Belfast, for their assistance. He was looking to develop his aircraft, the HDM-106 (HDM stands for Hurel-Dubois Miles). The British manufacturer (which is now Bombardier) decided to acquire the development rights to modify it. It decided to retain the structure but made some of its own alterations.

However, the SC.7 Skyvan was not an immediate priority for the manufacturer; it was concentrating on the SC.5 Belfast as that was the Royal Air Force order. This meant that the construction of the prototype was rather slow but in the end, the maiden flight took place in 1963.

Initial orders for the jet came from the Army Air Corps who used the Skyvans to train parachutists. Over time, the engines were changed on a number of occasions and the Skyvan 3 version, equipped with Garrett engines, was presented in 1968. The manufacturer produced 145 examples until 1986. Several variations of the Skyvan 3 were produced as well including a militarised one. In addition, Argentina made use of two SC.7 Skyvan aircraft during the Falklands War in 1982.

An ideal aircraft for your cargo needs

Are you looking to charter a Skyvan for the transport of cargo? Look no further than AEROAFFAIRES, your air cargo specialist. With our expertise and bespoke service, you can enjoy complete peace of mind, safe in the knowledge that your cargo will be delivered punctually and in the safest possible conditions.

The SC.7 Skyvan has a double daggerboard, fixed tricycle landing gear and a large rear door for loading. 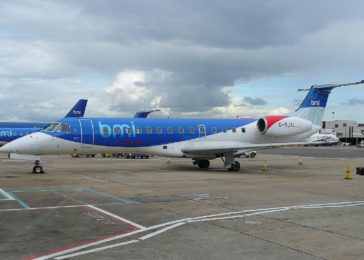 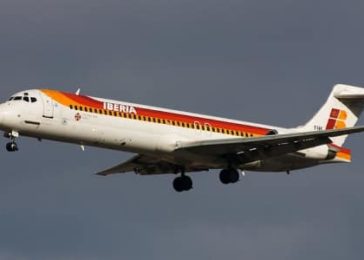 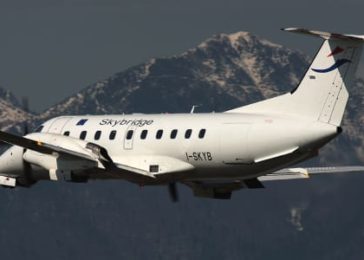