Fancy going to Switzerland in a private jet? Whether it is for a business trip or a ski weekend, do not hesitate any longer and book your flight with AEROAFFAIRES, your specialist in chartering private jets and helicopters.

With 56,000 aircraft movements a year, Switzerland is the fourth largest European country in terms of private flights, after France, Germany and the United Kingdom. It is an attractive destination for both holidays and business.

Renting with AEROAFFAIRES is trusting a company that has already satisfied more than 95,000 passengers, on nearly 20,000 private flights. Our experts are at your disposal 24 hours a day, 7 days a week to find the jet that suits you best. Air taxi, helicopter, long-haul private jet or commercial plane for VIPs, AEROAFFAIRES charters your aircraft in 2 hours, at a competitive price.

AEROAFFAIRES is also committed to the environment through its SkyCO2 program. 100% of the CO2 emissions produced by each business flight are indeed offset by supporting the preservation of forests in South America.

Switzerland has 30 airports accessible to private aviation, the most borrowed being:

AEROAFFAIRES tells you everything you need to know about these airports.

The airports of Geneva and Zurich are the busiest, because of their size and the international influence of their cities. Numerous regional aerodromes, such as Bern and St. Gallen, are also important, giving access to some of the most famous ski resorts in Europe.

Switzerland’s busiest international airport is located 4 km northwest of the city of Geneva. Recording more than 35,000 movements per year, it is the second European airport for private aviation, just behind Paris Le Bourget.

The city, home to many international organizations and major corporations, attracts many businessmen. The only negative point of this airport is its heavy traffic, which restricts the landing and takeoff slots and can sometimes increase the price of your rental. Due to noise nuisance, night flights are also prohibited between 10 pm and 6 am.

Since 2001, the airport has hosted a major annual exhibition of aeronautics: the EBACE.

Located less than 25 minutes by car from the city centre of Zurich, in the north of Switzerland, this international airport is the main airport of the country by its size; with no less than four terminals reserved for private jets, it is also one of the largest business airports in the country.

It records about 270,000 movements a year and has been awarded many times as the best airport in Europe at the World Travel Awards.

It is also home to the Swiss Air Rescue Guard and many airlines. A new project, currently under construction, hopes to be completed in 2020: The Circle will provide luxury hotels, gourmet restaurants, art galleries, shops and a small hospital.

Straddling the Swiss-French border, Basel-Mulhouse Airport is located 6 km from the centre of Basel. Unique in the world, it is the third Swiss airport and the only binational airfield in the world. With a terminal dedicated to private aviation, it offers its passengers services of a very high quality.

A little less important than its Genevan counterpart, Lausanne Airport is however a very good alternative, being also located in the south-west of Switzerland. Nearly 10% of its traffic comes from business and private aviation. However, its track is relatively short and only small devices can access it. It was one of the first civil aviation sites in Switzerland.

Sion Airport has a dedicated private aviation terminal that offers many quality services, including restaurants offering a breathtaking panorama. In the heart of the Alps, it has privileged access to the most luxurious Swiss ski resorts, such as Zermatt, Verbier, Saas-Fee and Gstaad, and also makes it easy to reach Geneva and Zurich by car.

It hosts each year the largest air show in Switzerland, the Breitling Air show, where the patrols of France and Frecce Tricoli perform impressive acrobatics to say the least.

Gstaad Airport is a smaller airfield than Sion International Airport, but it is also an access point to popular ski resorts for both tourists and business travellers. Moreover, the city of Gstaad hosts every year several international events, including tennis tournaments.

Located within a 10-minute drive from the St. Moritz ski resort, you will be able to go skiing as soon as you arrive at the aerodrome that is considered the highest in Europe. Its track can accommodate all types of aircrafts such as turboprops, light private jets or regional planes.

Located 20 minutes by car from Bern, north-east of Lausanne, this airport can accommodate all types of aircrafts. It also hosts the Confederation’s air transport service as well as a base of the Swiss Air Guards Rescue.

One of the airport hangars, the Biderhangar, was built by the aviation pioneer Oskar Bider, and has been part of the Swiss heritage since 2008. Bern Airport also gives you the opportunity to attend a guided tour of an hour and a half, to see how a flight is organised.

The airport is located near the German and Austrian borders in the north-east of the country; it has a terminal dedicated to private aviation, which offers high quality VIP services. On request, you also can be dropped off by a car at the foot of your plane.

You want a chauffeur-driven car to wait for you when you arrive and drive you wherever you want? AEROAFFAIRES can book you the car that suits you best (Mercedes S-Class, VIANO or Limousine for instance).

Whether you dream of discovering Switzerland in an unusual way or you need to quickly reach another destination, AEROAFFAIRES can also charter a helicopter that will be waiting for you when you leave your private jet. The helicopter is often the most flexible and convenient option for traveling between two ski resorts, or between airports and resorts. It is more often than not considered to be the best option, so feel free to ask us your questions if you have any. 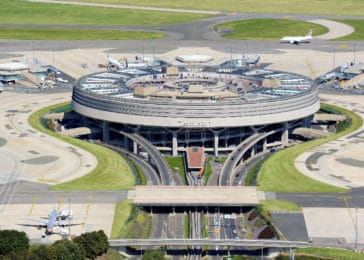