Want to know more about the Mini Guppy plane?

The Mini Guppy plane is a model of cargo aircraft that was built shortly after the Super Guppies in the 1970s. It is designed for the transport of oversized cargo and can carry up to 65 tons on take-off.

When Unexcelled Corporation bought Aero Spacelines in 1967, it needed a fleet of six cargo planes capable of carrying large loads. Two aircraft were built. The first was the B-377MG Mini Guppy, also known as the Spirit of Santa Barbara.

This cargo aircraft was built from an old airliner, the Stratrocruiser. The fuselage was lengthened by a few metres but the cockpit and the tail were retained. The wingspan was also larger, reaching 47 metres. Loading was done from the rear using a complex device. The first flight took place in 1967 and Paris was one of the first destinations, for the occasion of the Paris Air Show. The aircraft was capable of transporting Concorde parts and a few years later it contributed to the acquisition of Super Guppies by Airbus.

However, the Mini Guppy plane was not profitable enough and was sold to American Jet Industries in 1974. It then passed through different hands, was used to transport helicopters by Erickson Sky Crane before being sold to the Tillamook Naval Air Station Museum, where it has been since 1995.

It also appeared in a few films such as Universal Soldier.

The second model was the B-377MGT Mini Guppy Turbine. The loading was no longer done at the rear but at the front, like the models that followed (Super Guppy Turbine). It took off in 1970 but was destroyed in an accident the same year, which affected the commercialisation of the Mini Guppy.

Are you looking to charter a large cargo aircraft like the famous Mini Guppy plane for the transport of heavy or bulky cargo over long distances? Look no further than AEROAFFAIRES, your air cargo specialist. Needing to transport parts to a major manufacturing centre overseas or fly out high-value cargo such as precious metals, jewellery, works of art, fashion collections, music equipment or sports cars? With our expertise and bespoke service, you can enjoy complete peace of mind, safe in the knowledge that your cargo will be delivered punctually and in the safest possible conditions.

Looking to hire a cargo plane to transport your cargo? Get in touch with us to request a free, no-commitment quote or contact our air experts 24/7 at +33 (0) 1 44 09 91 82. We will be more than happy to answer any questions and help find an air cargo solution perfectly adapted to your needs.

The Mini Guppy is considered an intermediate model between the Pregnant Guppy and the Super Guppy; it has a similar shape, also close to that of the Airbus Beluga. However, a new fuselage was designed in order to obtain FAA certification. 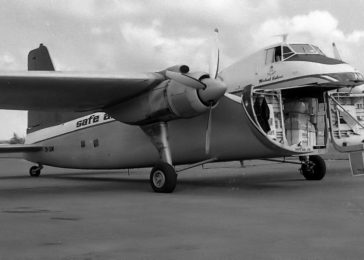 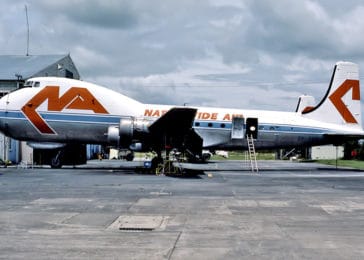