Would you like to hire a private jet or helicopter for a business meeting in Bologna, Italy? Or a weekend with friends? AEROAFFAIRES offers a private jet hire service at the best rates.

AEROAFFAIRES provides you with all the advice you need about Bologna airport. Bologna Guglielmo Marconi airport is the third most important airport in Italy. Today it welcomes more than 8 million passengers a year.

AEROAFFAIRES also offers a helicopter transfer service to take you to the centre of Bologna from Milan, Venice, Turin, Geneva, Rome, Florence or Meran: an opportunity to discover the city from the sky and optimise your time.

Thanks to our SkyCO2 programme, 100% of the CO2 emissions produced by each private flight are eliminated. They are offset by supporting the preservation of primary forests in South America.

Our business and private aviation experts are at your disposal to book a taxi plane, helicopter, long-haul private jet or VIP commercial plane. AEROAFFAIRES charters your private aircraft in 2 hours and at a competitive rate. To book your private jet, contact us 7/7 24H/24 on +33 (0) 1 44 09 91 82.

Bologna Airport is located 5.5 kilometres from the historic centre, via the Adriatica A 14 motorway. The city of Bologna, northern Italy, is the administrative capital of the Emilia-Romagna region. Linking many Italian cities, Bologna is a strategic location for getting to Modena (40km), Parma (100km) and Ferrara (65km). It is 200 km east of Milan.

Bologna Airport is open 24 hours a day for landings and take-offs of all types of aircraft. There are no night flight restrictions. It can accommodate both visual and instrument flights.

The exclusive Marconi private lounge is a confidential area away from the terminal’s crowds.

The premium YouFirst service is available for business jet passengers. The cabin crew assists you at check-in, accompanies you through security checks and takes care of transporting your luggage. This provides quick access from the private lounge to the runway.  A chauffeur-driven car or a hire car can also be booked on request for the rest of your trip.

Bologna Airport has a 2800 metre runway and

You can also reach Bologna by helicopter or private jet for a rest. Its location at the foot of the Apennines, is close to the Gessi Bolognesi e Calanchi dell’Abbadessa Natural Park. In winter, the 15 ski resorts in the area can be quickly reached from Bologna Airport. 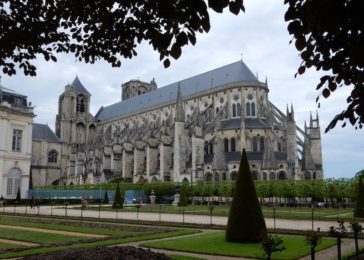