How Fast Do Private Jets Travel?

Travelling by private jet is both luxurious and fast. And there are many different categories of jet available, but how fast do airplanes go?

60% of private jet users are professionals and businesses looking to maximize their time. Tailor-made aviation makes it possible to avoid security queues and customs checks, bypass scheduled flight times, or access airports not served by commercial flights and arrive as close as possible to a destination.

For the majority of travellers, the main attraction of a private jet is the possibility to get them to their destination very quickly. As a result, private jet manufacturers pay close attention to give to the power of their aircraft and fast aircraft are increasingly popular among travellers. After all, some private jets fly much faster than an airliner.

How fast do airplanes go?

The speed of a private jet depends essentially on aircraft category and engine type.

Turboprops, which are propeller-driven aircraft, generally fly between 300 and 800 km/h when cruising.
The Pilatus PC12, a popular turboprop with business travellers that can accommodate up to 8 passengers, can fly at speeds of up to 500 km/hr.

Private jets, which are almost all powered by turbojet engines, have variable speeds depending on their category:
– Ultra-light private jets (1 to 5 seats) generally fly between 600 and 750 km/h.
The Citation Mustang, a 4-seat ultra-light private jet, can fly at 630 km/h when cruising. The Phenom 100, in the same category, is slightly faster with a cruising speed of 750 km/h.

– Long-haul private jets (10 to 16 seats), the most popular in the range, generally fly between 850 and 1100 km/h.
Private jets have the advantage of being able to climb to a very high altitude, up to 13,700 meters. This means they are higher than airliners and can fly direct. The Citation Longitude flies up to 910 km/h when cruising.

Speed of a private jet depends on the weather

The airspeed shown on an aircraft’s anemometer (also called the Indicated Air Speed) is not the actual speed the aircraft is travelling at but the speed taken from the aircraft’s external sensors. However, these sensors do not take into account the air mass immediately surrounding the aircraft or the direction and surface area of the wind. And that can change everything!

As an example, in February 2020, storm Ciara was raging over the Atlantic meaning a British Airways Boeing 747-200 was able to fly from New York to London in 4 hr 56 min instead of the usual 6 hr 55 min. On that day, as reported in the DailyMail, winds of up to 400 km/h following the aircraft allowed it to fly at over 1100 km/h when it usually flies at 980 km/h. Obviously, the reverse is true and a headwind will slow an aircraft down.

10 fastest private jets in the world

An Airbus A320 can fly at 870 km/h while the Rafale fighter plane can reach speeds of up to 2,223 km/h. But how fast do airplanes go and which is the fastest private jet in the world?

AEROAFFAIRES tells you which are the 10 fastest private jets in the world!

The Citation CJ4 is a midsize private jet that can accommodate 9 passengers on-board. It is an improved version of the CJ3 and is more fuel-efficient than its predecessor.

The Citation Longitude is one of the most modern private jets offered by CESSNA Aircraft. Its spacious, sophisticated cabin fitted out to the highest standard can accommodate up to 12 passengers.

The Citation Longitude is powered by two Honeywell HTF7700L engines which allow the jet to reach a cruising speed of 877 km/h (mach 0.710).

The Falcon 2000 is a remarkable private jet from the French aircraft manufacturer Dassault. It was certified by the European Aviation Safety Agency (EASA) in 1994 and has the same wingspan as its predecessor the Falcon 900.

The 900LX is the latest jet in the Falcon 900 range from Dassault Aviation.

Powered by 3 Honeywell Garrett TFE731 engines, the 900LX reaches a speed of 900 km/h (mach 0.728). Despite the high speeds it can reach and its three engines, the Falcon 900LX consumes less fuel than its direct competitors and its range allows it to connect New York to Moscow. 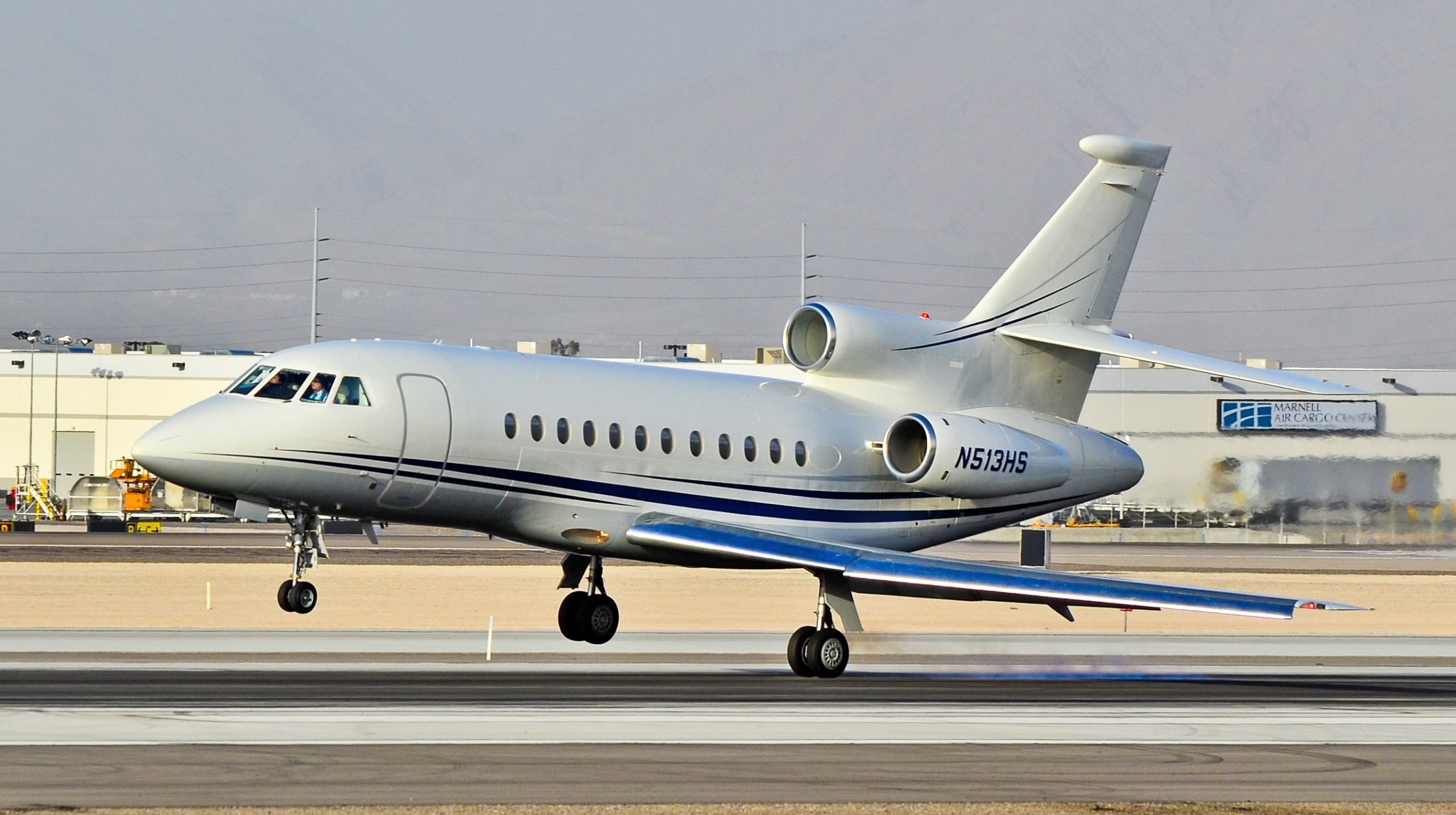 The Global 7500 is a high-end business jet designed for long-haul flights. It is now the flagship product of the Canadian manufacturer Bombardier. Its spacious cabin is divided into four distinct zones and is particularly comfortable thanks to its on-board bed.

The Gulfstream G550 is an American private jet that entered service in 2004. It can accommodate between 14 and 19 passengers and it has a range of 10,850 km.

The Bombardier Global 6000 is a Canadian private jet that entered service in 2012. It can carry up to 19 passengers and has a range of 11,214 km. Its spacious cabin and numerous features make it one of the most expensive private jets on the market.

The Falcon 7X is a private jet brought into service by Dassault Aviation in 2005. It can accommodate up to 16 passengers and has a range of 11,000 km/h. 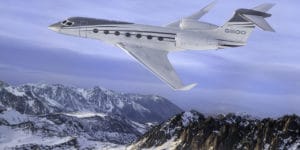 The Gulfstream G500 is an American private jet that has been in service since 2004. Its cabin can accommodate up to 19 passengers and it has a range of 9,630 km. 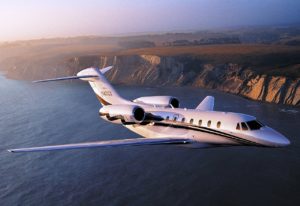 The Citation X+ is the big winner in its category. Launched in 2010 by Cessna as a more modern version of the Citation X, it has a range of 6,410 km. Its spacious cabin can carry between 8 and 13 passengers.

It can reach an altitude of 14,300 metres in just 24 minutes and fly from Los Angeles to New York in less than 4 hours. Unfortunately, Cessna ceased production of the Citation X+ in 2018 and there are only 23 of this model in the world.