Business aviation emerged in 1963, with the flight of the first private jet, the Learjet. Since then, a number of private jet manufacturers have come along to bring ever faster, more efficient and more comfortable private jets to passengers.

AEROAFFAIRES gives you a rundown of the main private jet manufacturers.

The Canadian manufacturer has three product lines, Learjet, Challenger and Global, enabling it to offer private jets in most segments of business aviation.

Bombardier was the first to enter the very long-haul category. The Global Express range can fly between New York and Tokyo or Paris and Singapore without any stopovers.
The latest additions are the Global 7500 and 8000. The Global 7500 can cover a distance of 13,705 km and fly at up to 1,143 km/h (mach 0.925), making it one of the fastest private jets on the market. 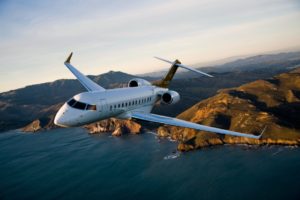 Founded in 1932 as Hawker Beechcraft by Walter H. and Olive Ann Beech, Beechcraft Corporation is an American aircraft manufacturer based in Wichita, USA. Initially specialising in light and affordable turboprop business jets, it has expanded its range with the Hawker jet. Since 2013, the company has been a member of the Textron Aviation group, which also owns Cessna.

The King Air 350 is one of Beechcraft’s most successful aircraft. Introduced in 2009, the twin-turboprop can accommodate up to 9 passengers, has a range of 2,778 km and can take off and land on short runways. It is an aircraft appreciated for its low rental cost and versatility as it can be used as a medical aircraft or by regular commercial airlines.

Hawker’s turbojet engine range consists of several medium-haul private jets. One of these, the Hawker 800XP, has a range of 4,260 km and can accommodate up to 8 passengers. 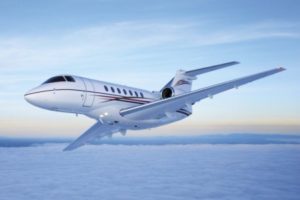 Cessna Aircraft Company is an American company belonging to the Textron Aviation Group and based in Wichita, Kansas, the aeronautical capital of the United States. Initially specialising in single-engine and light turboprop aircraft, the manufacturer wanted to expand into private jets. 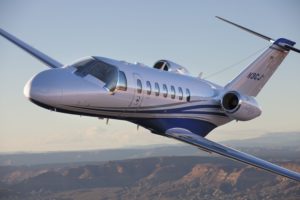 Founded in 1929 by François Marcel Dassault, the Dassault Aviation Group is a world-renowned company in aeronautics. The company made a name for itself in fighter aviation with the Mirage 2000 and the Rafale. The company decided to enter business aviation in 1963 with the Falcon 20. Dassault Aviation is now recognised as one of the best private jet manufacturers.

The Falcon range was then expanded with the Falcon 2000, a 10-seat private jet capable of flying up to 5510 km. It is one of the most popular aircraft among travellers in the private jet rental market.

The two most recent additions to the fleet, which are the current brand flagships, are the Falcon 7X and 8X tri-jets.
The Falcon 7X, entered service in May 2015, has a very long range of 11,000 km and can carry up to 16 passengers. This makes it one of the leading aircraft in very long-haul business aviation. The Falcon 8X model, the latest flagship to enter service in 2016, can carry up to 19 passengers for the same performance.

The company designed military aircraft such as the KC390 carrier at the request of the Brazilian government, and airliners such as the E170, and in 2002 decided to build its own private jets with the Legacy model.

The Legacy 500 is Embraer’s first flagship private jet model. Introduced in December 2013, the aircraft can carry up to 12 passengers and has a range of 5,790 km.

Embraer’s Praetor range is the successor to the Legacy. The two models, Praetor 500 and 600, are more modern versions, with a longer range and a more attractive cabin. 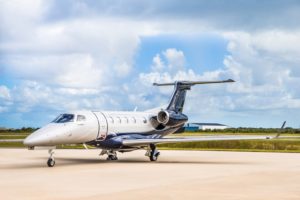 Gulfstream is a brand that customers love. Its private jets are recognisable by the elongated oval shape of their windows and their very luxurious cabins.

The Gulfstram V (G5) was the first very long-haul private jet on the market. This was followed by a few models such as the G550 and the G650, both of which are customer favourites.
This major American private jet manufacturer unveiled its latest model, the G700, at the 2019 NBAA show. 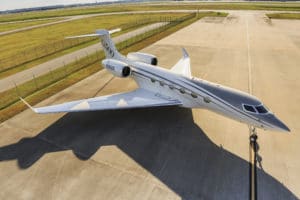 Piaggio Aerospace is one of the oldest private jet manufacturers. Founded in 1915 by Rinaldo Piaggio, it is the only aircraft manufacturer in the world that produces aircraft, engines and structural components. In particular, it supplies mechanical parts for Pratt & Whitney engines.

Piaggio also launched the famous Vespa scooters in the 1950s. Today, the two companies are separate and it is Piaggio & C. Spa which deals with the production of motorcycles, scooters and mopeds.

Piaggio is known for its P180 Avanti model. Introduced in 2000, the Avanti is a twin-turboprop business jet. It has a very special fuselage, with a small duck-shaped forewing and a very rearward-facing main wing. This makes it one of the most atypical business jets on the market. It can carry up to 7 passengers and has a range of 2,795 km.
The latest model, the Avanti NEO, was put into service in 2015 and can fly at up to 745 km/hour.

Pilatus Aircraft is an aircraft manufacturer based in Stans, Switzerland, since 1939. Specialising in turbine engines, the company is today the world leader in single-engine turboprop aircraft.

The business aircraft manufacturer is today known for its flagship model, the Pilatus PC12.
Versatile, safe and reliable, the PC12 is one of the most popular aircraft among business travellers. With a cabin that can accommodate up to 8 passengers, it has a range of 2,500 km and can land on very small unpaved runways. An improved and more modern version was unveiled in December 2019, the PC12 NGX.

Pilatus has revolutionised the private jet market by introducing the PC24 Super Versatile Jet in 2017. This business jet, which can carry up to 11 passengers and has a range of 3769 km, is capable of landing on all types of runways including very short ones. This capacity allows it to access more than 20,000 airports worldwide. It also has a very wide cargo door, a unique feature for this type of private jet. This allows it to be transformed into a cargo plane or even a medical evacuation plane. 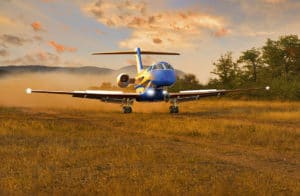 Would you like to fly in one of these manufacturers’ private jets?
Request a quote via our online quote form at any time and get an answer within 2 hours.
You can also reach us by phone at +33 (0)1 44 09 91 82 or by email at info@aeroaffaires.com.
The AEROAFFAIRES team is available 24/7 to answer all your requests.