Do you want to travel to the UK for business or for your holidays? AEROAFFAIRES organises your tailor-made trip in a private jet.

The United Kingdom is one of the major players in business aviation. Private jet travel accounted for 6% of UK air traffic in 2018, with a total of 128,000 trips to continental Europe and 14,000 flights to destinations outside Europe. The most common destination is London, but there are many other popular destinations in the UK.

Travel to London by private jet

London is renowned as an international financial centre. Many investors, bankers and traders travel by private jet to the Queen’s country to do business. But London is also the 3rd most visited city in Europe by tourists with 16 million tourists counted.

London-City Airport is located in the heart of London city centre. This is a considerable advantage as you can reach the business district in only 15 minutes by car. However, due to its location, the airport is subject to many restrictions to limit noise pollution. For example, planes can only take off and land from 6.30am to 10.30pm Monday to Friday, 6.30am to 1pm on Saturdays and 9am to 10.30pm on Sundays and public holidays. In addition, not all planes can land on this asphalt runway. Only light aircraft and medium-haul private jets are allowed to land.

The London-Luton airport is a 1 hour drive from the financial centre of London. However, we can arrange helicopter transfers to facilitate your access to the city centre. The position of the airport allows it to accommodate all types of aircraft at any time of the day or night. Moreover, the cost to land in London-Luton is much lower than to land in London-City.

Fly by private plane to Glasgow

Glasgow is home to many private jets filled with golf enthusiasts every year. This Scottish metropolis is home to some of the most famous golf courses in the world such as Troon, Turnberry, Gleneagles. Moving around Glasgow will also allow you to taste famous single malt whiskies and discover remarkable Victorian architecture.

Glasgow Airport is open 24 hours a day and has no restrictions. Situated just 20 minutes from the city centre, you can easily reach the city at any time. Private terminals welcome business travellers and offer high quality services. In addition, all types of aircraft can land on the 2,658-meters long asphalt runway.

Charter a private jet to fly to Edinburgh

Edinburgh, the capital of Scotland, contains the crown jewels of Scottish power. The city offers two very different architectures with on one side the medieval old town and on the other side the new Georgian city with neoclassical buildings. In addition many castles and remains of earlier civilizations surround the city. This makes it the most popular destination in the United Kingdom behind London.

Edinburgh Airport is located only 13 kilometers from the city centre. It is open 24 hours a day, however, due to noise pollution, only silent aircraft can land and take off between 11pm and 7am. The two asphalt runways are long enough to accommodate all types of aircraft. Finally, two business terminals each offer high-end services.

Hire a taxi plane to Manchester

With its rich industrial heritage, Manchester attracts many business leaders who come here on business. It is the largest city in the North West of England. Manchester is also known for its history in world football. Several renowned museums tell the story of the city.

Manchester Airport is located 10 kilometers from the city centre. It is open 24 hours a day for landings and take-offs of all types of aircraft. Its business terminal has several FBOs including the private terminals of Emirates and BMI, as well as one of the three Etihad lounges accessible outside Abu Dhabi. Manchester Airport has a runway length of 3047 meters and can accommodate turboprops, light private jets, medium private jets, long-haul private jets and regional aircraft. 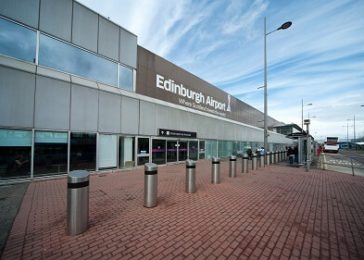